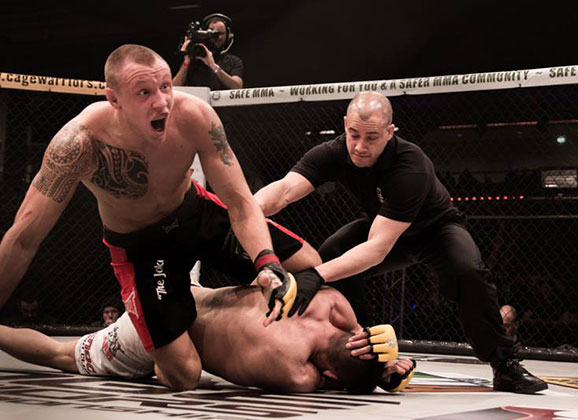 “The really fired me up to win” says Jack Hermansson to mmaviking.com shortly after his win in Copenhagen at Cage Warriors 66.  The Joker imposed his will and wore out the Spaniard Enoc Solves Torres forcing a stoppage in round three.  The Swede now based in Norway says he was “rocked” in the “tough bout”, but his fans helped him to push through and win, stopping a two fight losing streak.  See the video interview below.