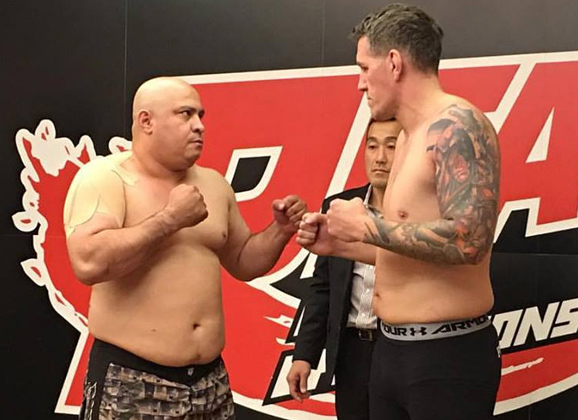 Christian Colombo (8-1) made his return to action after a 2 year layoff.  The Dane will step in to fight in the Real FC promotion against Tom Sasaki a BJJ black belt in the first round of the 8 men HW tournament today. 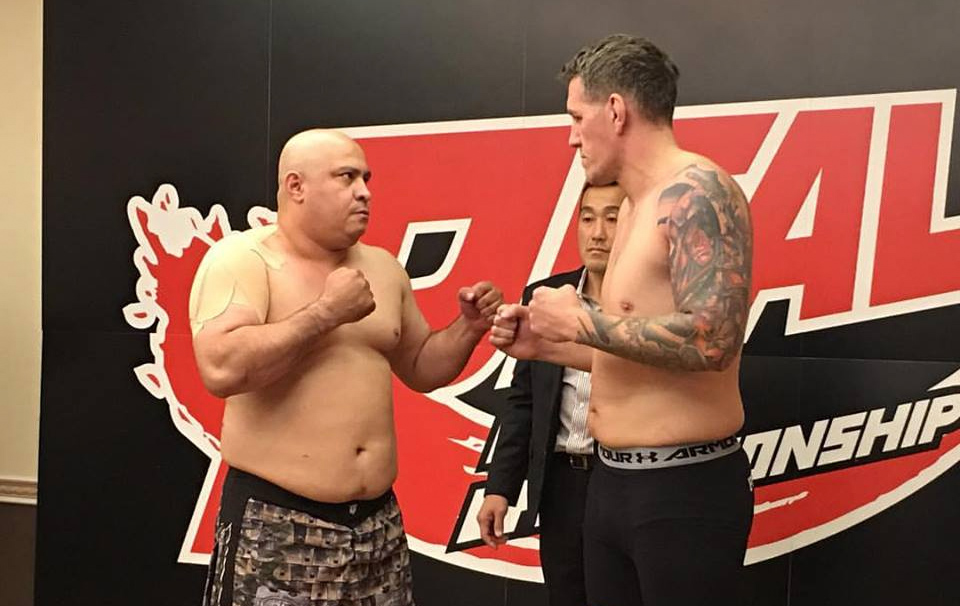 Colombo wins by TKO in the first round. Below is an overview of the fight from coach “Nicholas Cole Lauritsen” :

“It was clear from the start Christian had a sizable reach advantage. Tom pushed forward from the beginning swinging and looking for the takedown. Christian stuffs the 2 initial takedown attempts and moves to avoid the punches. Christian starts counterpunching and hits him hard with a knee. Tom pushes Christian up against the cage but he avoids any trouble by underhooking and working knees and strikes from the thai plum. Tom looks visibly hurt and tired. Christian gets away from the cage and when Tom pushes forward he places a well-timed knee right in his chest and Tom goes down. Christian waits for the referee to stop but when he doesn’t he follows up with two hard hammerfists and the fight is called. TKO after 2:30 min in the first round. Godzilla is back in Yokohama, Japan!” 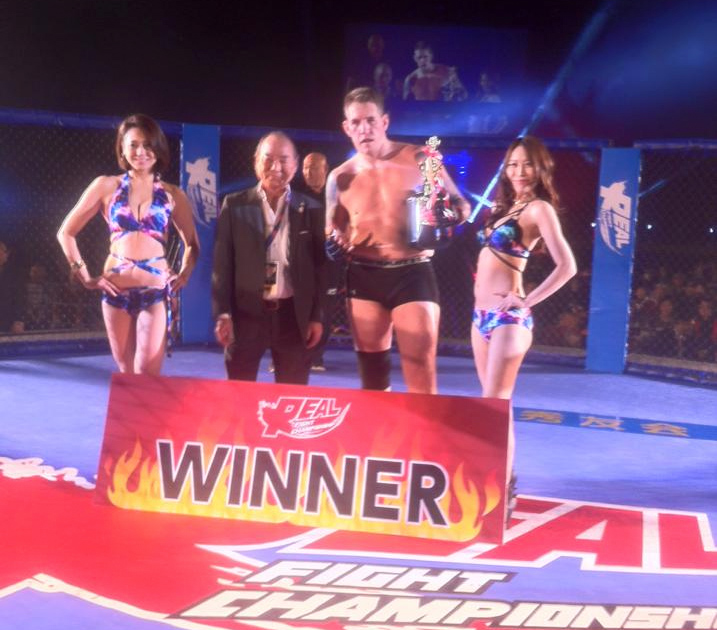