Reza Madadi (14-6) will face ACB featherweight champ Yusup Raisov (13-1) at ACB 92 going down at the Malmö Arena on Saturday August 25th. The lightweight bout will serve as the headliner for the promotion’s first visit to Sweden.

Madadi has a 14 win and 6 loss record, and turned pro in 2006. Mad Dog already became the oldest UFC lightweight to ever compete and win in the Octagon. Reza just turned 40 this June, and after considering retirement will return to action.

“Lightweights… There is a new sherif in down.”

The Allstars Training Center fighter lost a three round split decision Joaquim Silva in Stockholm in his most recent bout on short notice, and before that lost against Joseph Duffy at UFC Fight Night London. 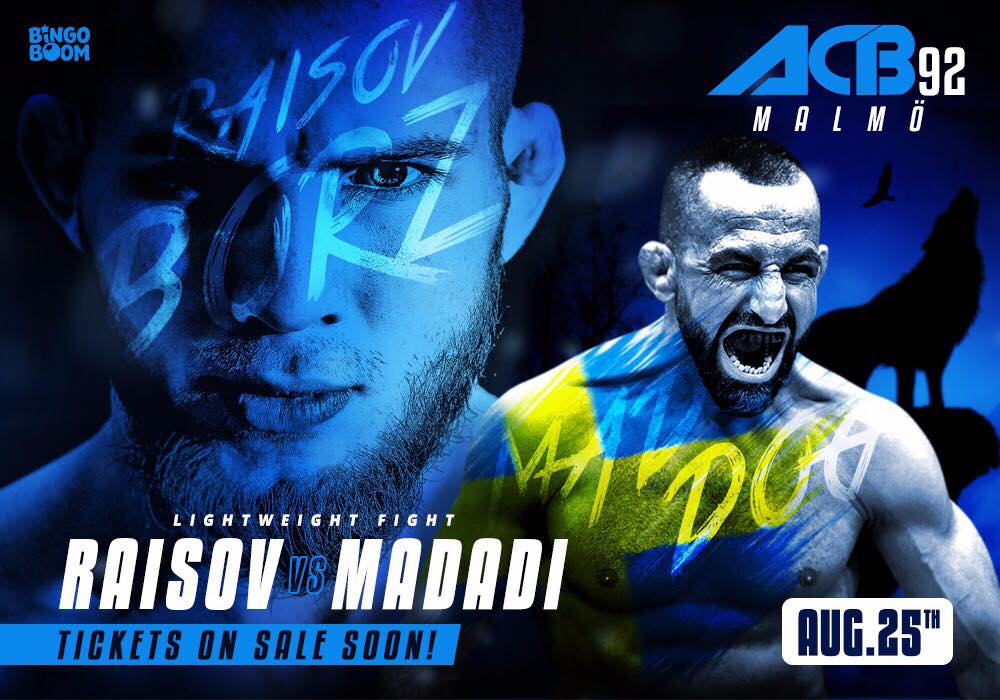 Reza has a three win and four loss record in the Octagon, with his most notable win a submission victory over Michael Johnson back at UFC in Sweden 2 in 2013. This will be his ACB debut.

The “Wolf” is moving up from featherweight, relinquishing the ACB belt that the 23 year captured.  He won the Interim belt at ACB 77 by submission and is on a four fight winning streak.  He then won the belt in May at ACB 86 over previously undefeated Marat Balaev. Overall, the Berkut FC fighter has a 13 win and 1 loss record.