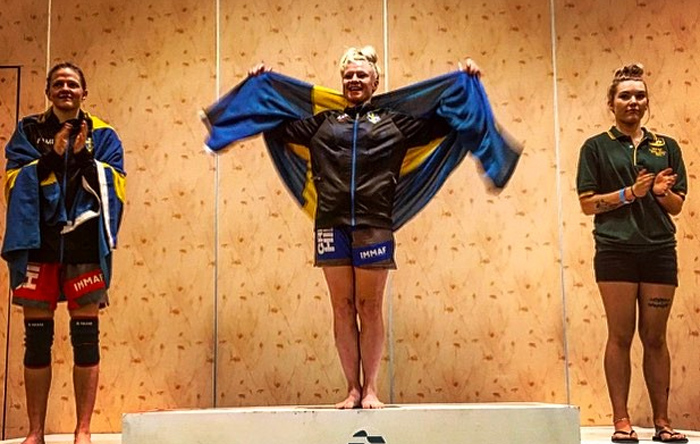 The 2017 IMMAF Asian Open came to a conclusion today with four Swedes capturing gold. Gabriella Ringblom, Tobias Harila, Heytham Rabhi, and Irman Smajic stood at the top of the podium at the Marina Bay Sand Expo & Convention Centre in Singapore. Anja Saxmark got silver in her all-Swede matchup with Ringblom in the flyweight division. Renato Vidovic and Anton Turkalj also lost in the finals to earn silver medals.

Ringblom also won the IMMAF World Championships in 2016. She was coming off of a loss in the IMMAF European Open final loss.

Harila is coming off a silver medal at the 2017 IMMAF European Open.

Rabhi is coming off of a semifinal loss at the 2017 IMMAF European Open.

Smajic won the super heavyweight division at the 2017 IMMAF European Open. He also won the 2016 IMMAF World Championships at heavyweight.

Sweden was the only Nordic country to send fighters to the tournament.