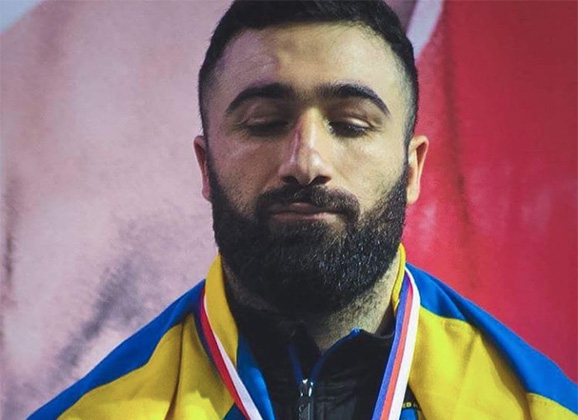 Rostem Akman has established himself as a top prospect after winning a bronze at the 2016 IMMAF World Championships.  The middleweight is coming off his second IMMAF Euro Open win, and now looking to take another step forward. “I am now aiming at a professional career and my ambition is to become the best in the UFC.”

Akman left his gloves in the IMMAF cage as a symbol that his long and successful amateur career was coming to an end.

“I want to fight pro in March but we’ll see when it goes down.”

“I was completely hooked on Fedor and Shogun, especially the stomps” says the former soccer player that turned to MMA after his older brother showed him highlights from Pride FC.

Looking back it his previous IMMAF World championship and most recent Euro Championship it’s clear that he has evolved and learned from mistakes in order to grow as a fighter. “I did some pretty bad fights during the World Championships where i had some bad focus and i pretty much underestimated everyone. So I have been working mentally with getting the right focus and respecting my opponents more.”

“I feel that my Euro Championship went really good, really good focus and taking the initiative on all levels. I didn’t lose a single round through out the entire championship and I think that I was the only one to do that.”

The Fightzone Stockholm fighter has a solid platform to build on, already getting additional experience with amateur wins on cards for the IRFA and Trophy MMA promotions back in 2013 and 2014.