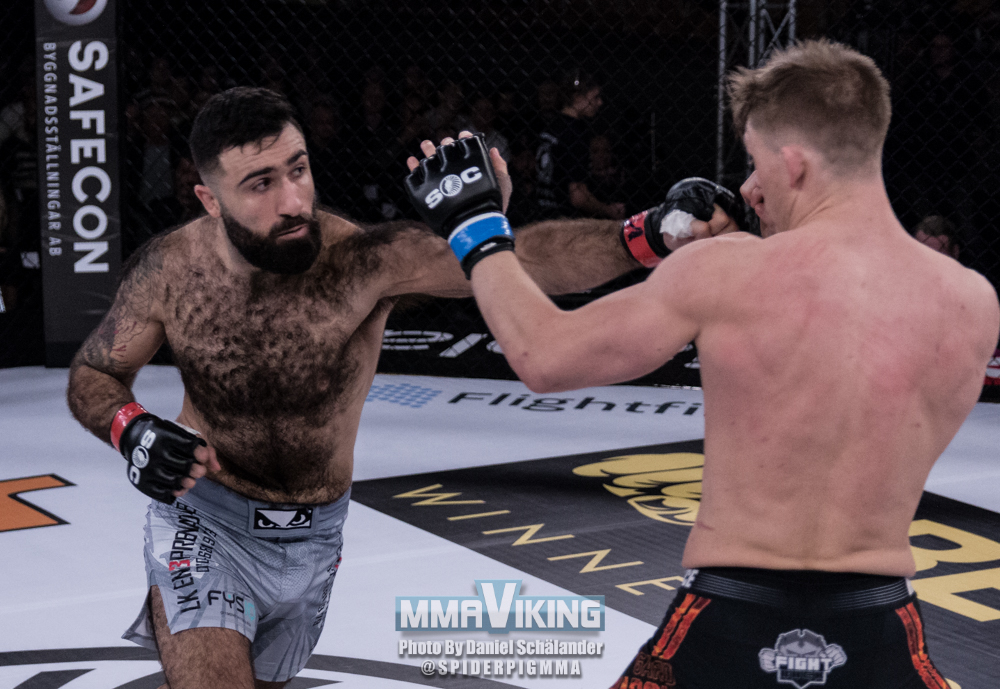 Swede Rostem Akman (2-0) won the war Saturday night in a battle that went to the third round over Gard Olve Sagen (1-1) at Superior Challenge 16. 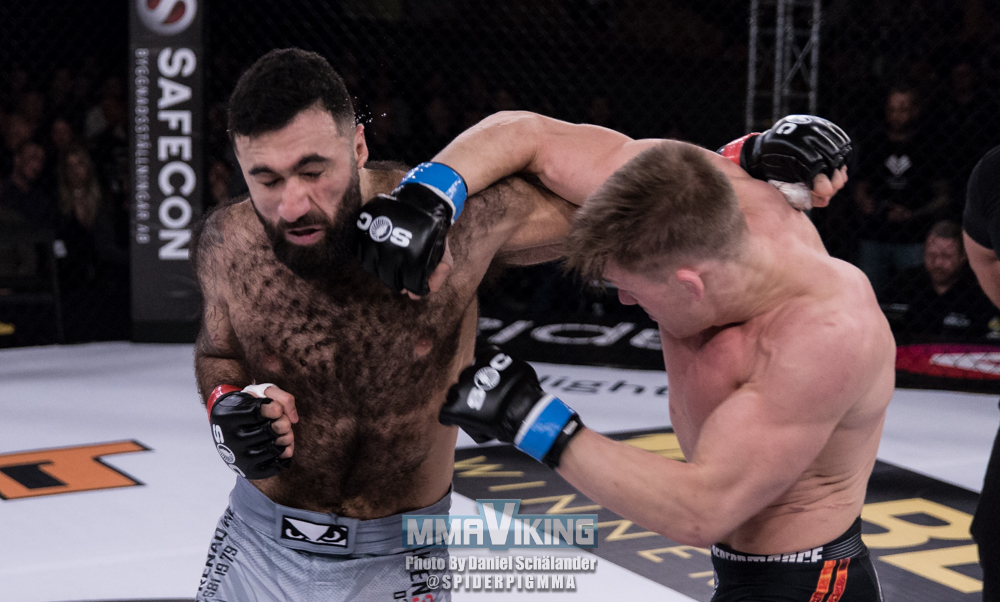 The exciting matchup of two young prospects that have already proven themselves at the amateur ranks did not disappoint fans in Stockholm.  Both fighters showed impressive striking, with Akman using an effective jab to control much of the standup.  The Norwegian however had his moments and landed a huge punch rocking the local fighter in the second and briefly getting a take-down.

The story was the pressure of Akman and he started to take control landing his straight punches throughout, and finally in the third landed a bomb that stumbled the MMA Trondheim fighter.  Eventually the punches were too much, putting Gard down forcing the referee to jump in.