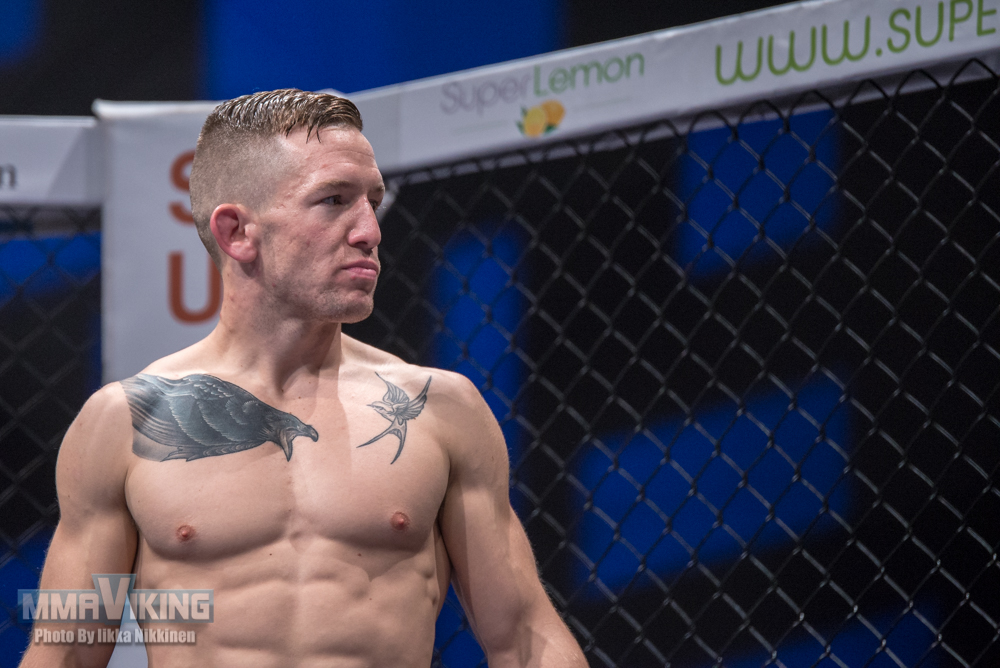 Sweden’s Jonathon Svensson (7-5) returned to action this past weekend in the Berkut Young Eagle 2 Main Event. Despite not being pleased with his performance, the Swedish fighter still fought hard to sway the judges in his favour on the night while impressing the crowd.

Svensson has recently moved down to featherweight and has been on a good run of form since. He picked up his second win in a row with a split decision victory over Bruno Roverso (11-5). Fighting out of Berkut FC, Svensson has now four finishes to date as a pro.

“I’m disappointed in my performance, I did not fight well but I was able to work my way to a victory. But the people liked the fight and that’s good.”

“Now, I will enjoy a week here in Chechnya with my friends after a long training camp before I go home to my motherland and family!”  Now after fighting for ACB and their sub shows on three occasions, Svensson plans on fighting for them again after impressing in the headline bout.  “Then I will return to Berkut FC when they tell me to fight next.”