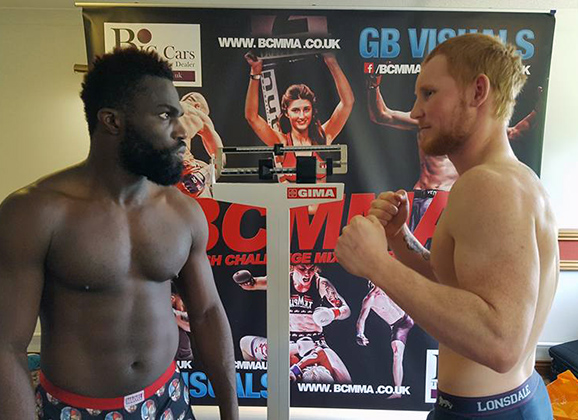 In the co-headliner Thomas Robertsen (5-0) stopped a very experienced Aymard “Barakuda” Guih (9-7-1) at British Challenge Mixed Martial Arts (BCMMA) 15 at the Charter Hall, Colchester (Essex). The Sarpsborg Club fighter was the only pro Nordic fighter, while there were several amateur Scandinavian fighters. 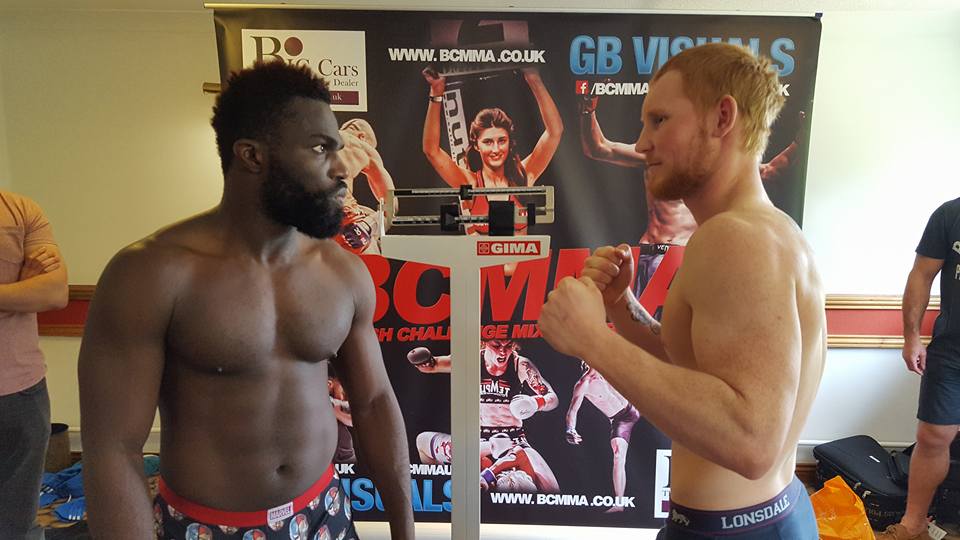 The Norwegian has finished all five of his pro fights by stoppage in the BCMMA promotion with three stoppages by punches and two by submission. Last night’s stoppage was at 1:22 of the second round. 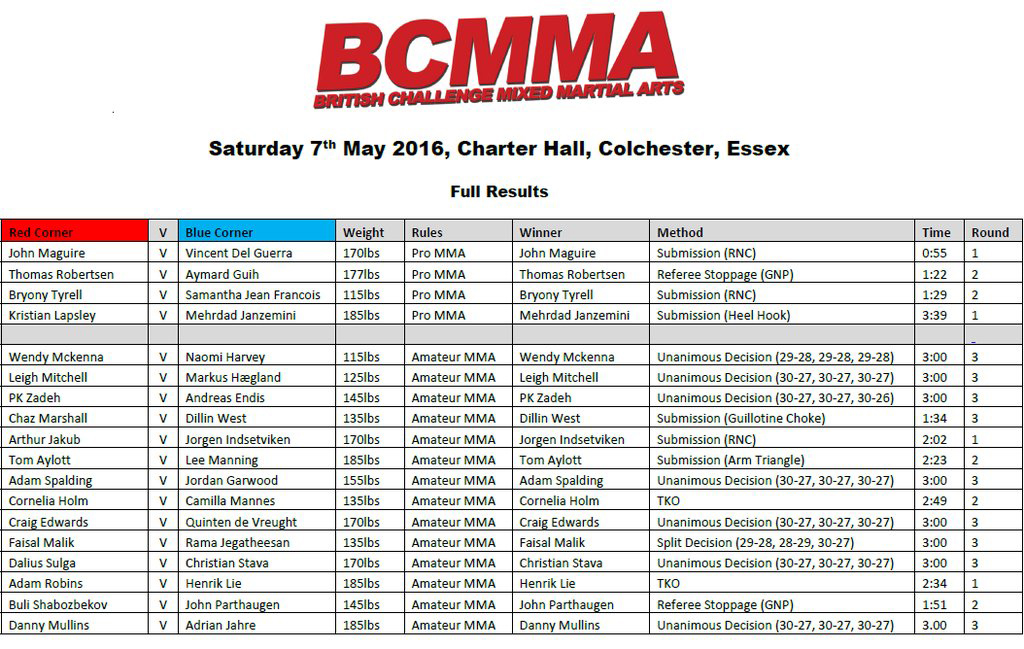 Two Gladius MMA fighters were also scheduled to be on the card, but did not fight. “Arturo Chavez and Dexter Wallin who trained a full fight camp and travelled over to the UK for ‪#‎BCMMA15‬ but we were unable to find them replacement fights following their original opponents pulling out. It is heartbreaking to see so much time, effort and cost go into something to not see the reward of competing at the end of it. BCMMA will do everything possible to make it up to you guys in the future.” says BCMMA.