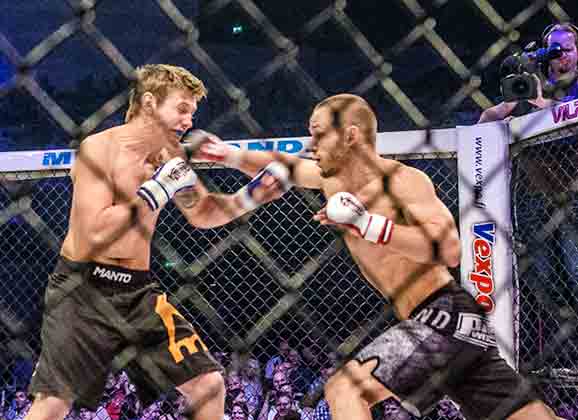 Hirvikangas has won his last 8 of 9 bouts.  The FinnFighters Gym fighter most recently captured the Cage belt in April, and looks as a top prospect for a UFC contract with another win.

Pekov, known as “The Circassian Outlaw”, represents K Dogo Warrior Tribe and is on a two fight winning streak.  He has most recently fought for Cage Warriors, where he last won over Brian Moore last month at CW Fight Night 11 by TKO.