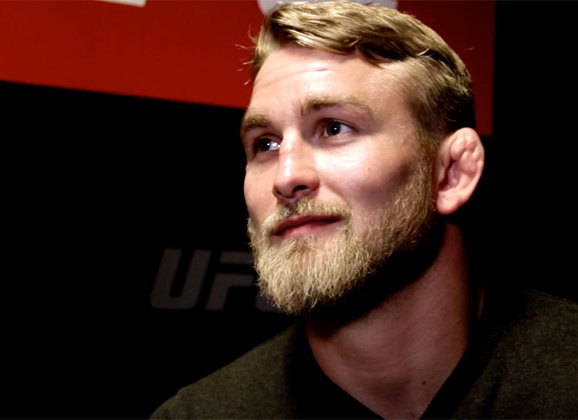 Alexander Gustafsson is looking to rebound from his split decision loss to champion Daniel Cormier, and get back into the Octagon. “I don’t have a date or an opponent, but I am back and ready to take a fight.” says the Mauler to MMAViking.com as he was in attendance for the recent UFC in Rotterdam.

“It’s nice to be back in the spotlight.” says the Swede, who has been abroad training at Alliance in San Diego. “The wether is nice and a lot of heavy guys I can train with.” says the Allstars Training Center fighter. “I have a lot of friends there.”

Gustafsson got a Fight of the Night bonus for his effort in Houston last October, that was just one winning round away from capturing the title from the Olympic Wrestler. “I did pretty good… I was just in his clinch, which made me lose the fight. I was in his distance, not my distance.”

“I am looking for the next challenge.” says Gustafsson that is looking to fight somebody new, and not necessarily in the top 5.