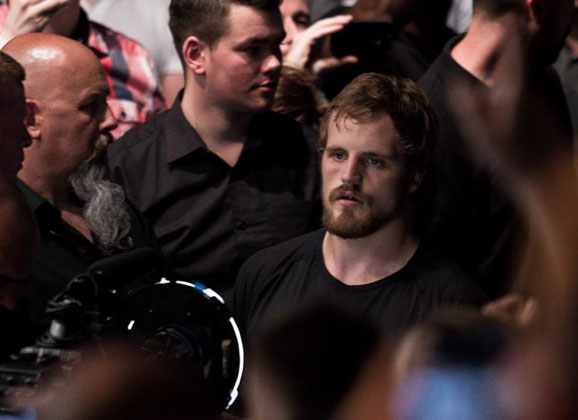 The decibel levels at the 02 Arena in Dublin mirrored a rock concerts at one of the most ruckus crowds for any UFC fight event. While Irishmen Conor McGregor and Cathal Pendred may have gotten the loudest roars, Gunnar Nelson proved again to be a local favorite garnering cheers from top to bottom. As a training partner of the headliner and long history with Straight Blast Gym Ireland, the Icelandic crowd stood behind the viking Gunni. Hear the roar of the crowd as captured by MMAViking.com.

The in Octagon introduction for Gunnar “Gunni” Nelson.