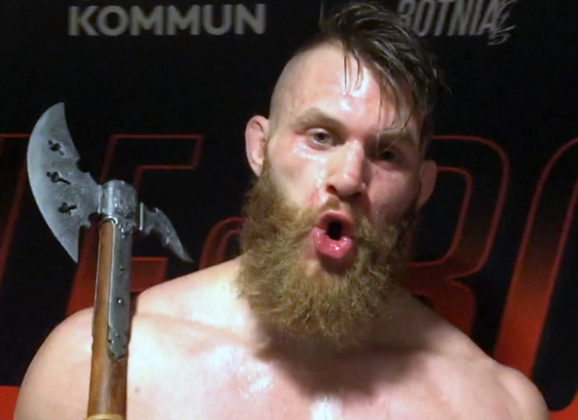 Emil Weber Meek was nearly stopped by Christophe Van Djck in the first round at Battle of Botnia 2015. “I got a bit dazed, I admit that” says Valhalla that was “squeeling for air”. The Norwegian tells MMAViking.com that he was however thrown off by an unplanned 20 minute break before stepping into the cage.

“I have been learning to pace myself when I have opponents hurt.” says a wiser Meek. “Maybe I took this fight a little light” jokes the fighter that saw vast improvements since watching tapes of fights years ago. ‘It’s the best feeling I’ve ever had’ says Meek about having his full team and close friends by his side for the win. Check out the full video interview here.