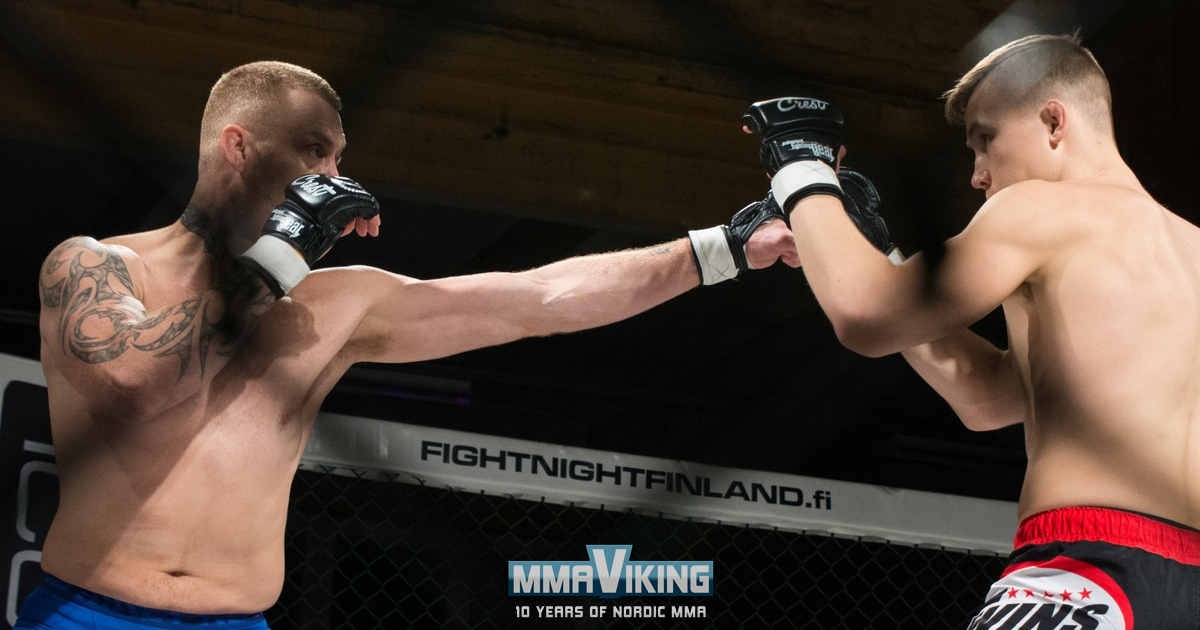 Kai Karar (6-5) was going for his fifth win a row in the co-main matchup, but Aleksi Lukkarinen (3-0) took the spotlight away with a 14 second KO in his triumphant return to the cage at Karkkila Fight Night.  “Returning to the cage felt awesome! But man it felt a long time being off for two years.” says Aleksi to MMA Viking after the win. 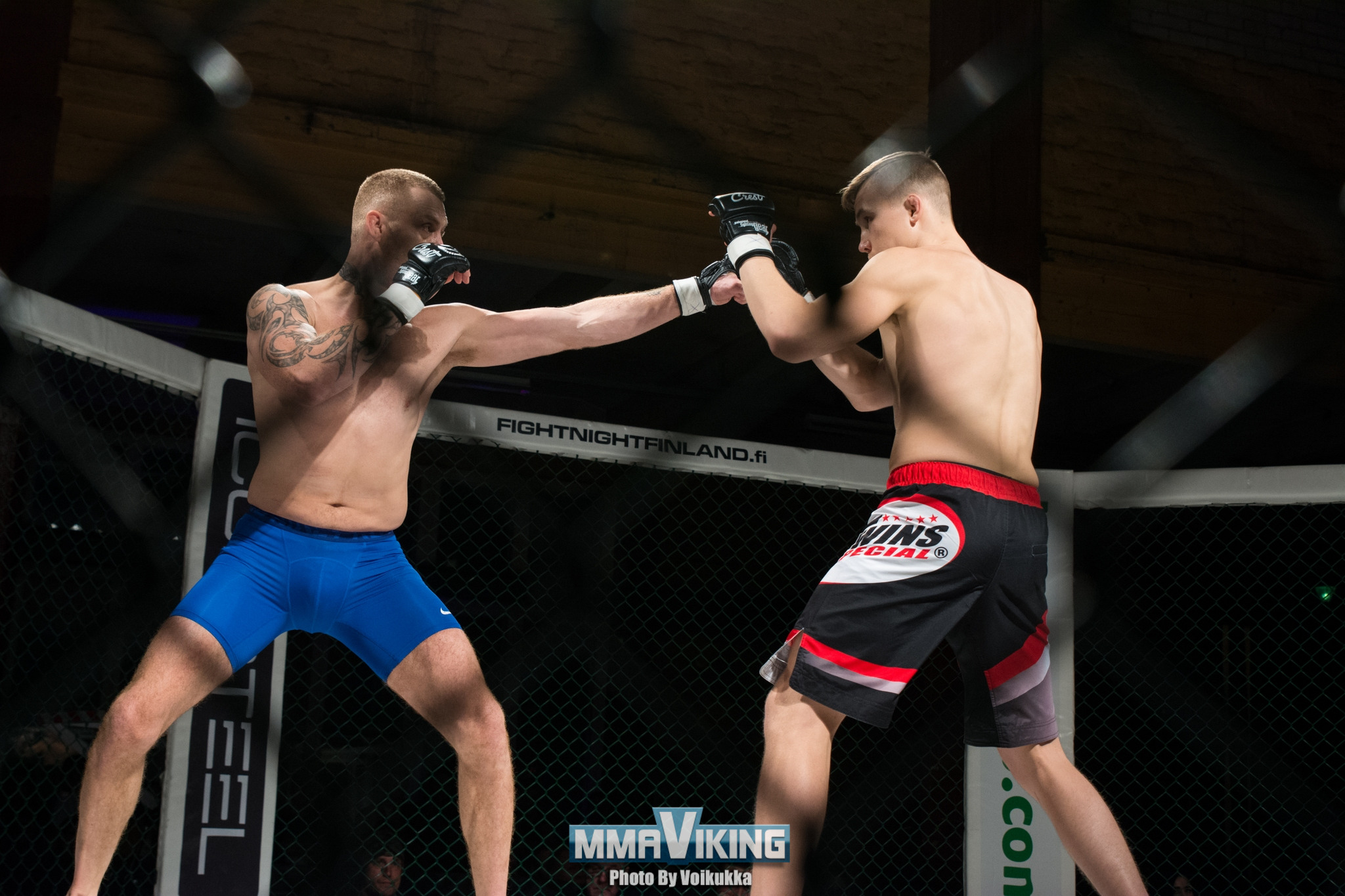 The undefeated Lukkarinen has now stopped all three of his opponents in his MMA career with an arm lock in the first round at FNF 11 and a kimura over Mika Kuronen at FNF 13.

The grappler showed no rust from being out of action for nearly 2 years quickly landing left-right combinations for the KO up against the cage.  “I knew that I’m better than ever and the injuries has taught me important lessons.”

“I’m a lot of hungrier and wiser fighter now.”

Check out the fight video below:

“It felt just great to win my comeback fight like that!”