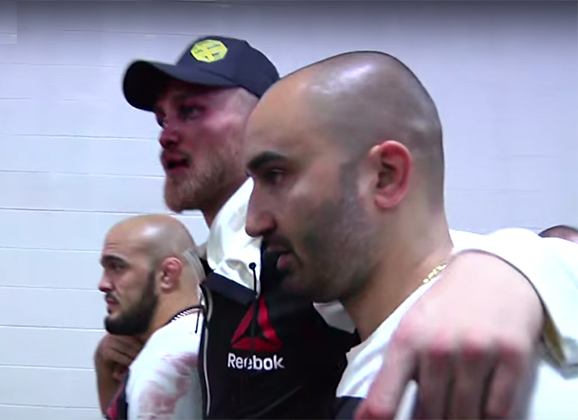 “I thought we got robbed” says an emotional head coach Andreas Micheal after the five round war with “his boy” Alexander Gustafsson and opponent Daniel Cormier.  “Alexander Gustafsson is a stud” says the winner and first time title defender DC.  Check out the newly released “UFC 192: The Thrill and the Agony” video, which gives backstage access to the memorable 25 minute battle.