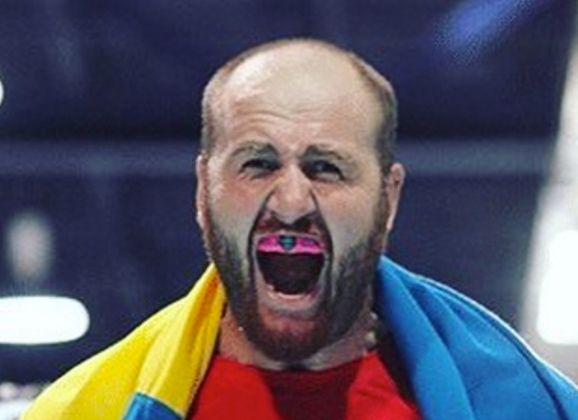 It is Day 4 at the 2016 IMMAF World Championships at UFC International Fight Week, and Nordic vikings were battling in the semi-finals. Winners go for gold on Sunday, and losers get Bronze. Sweden won 3 of 4, Finland 2 of 3, Norway 1 of 1. Denmark and Iceland did not have fighters remaining in the tournament. Get a full recap of the fights here.

125 lbs. Woman. Kelsey Gollihar (USA) vs. Anette Österberg (Finland)
Österberg wins by TKO at 0:50 i the last round.

135 lbs. Abdul Hussein (Finland) vs. Hughie Orourke (Ireland)
Hussein makes the referee stop it in the first round and he wins by a TKO at 2:45.

135 lbs. Woman. Cornelia Holm (Sweden) vs. Arziko Bregu (Italy)
Holm moves in to the finals after getting the unanimous decision win after going the distance.

185 lbs. Rostem Akman (Sweden) vs. Byron Chivers (New Zealand)
Akman gets dropped in the first round and loses by a TKO at 0:57. Akman will be leaving Las Vegas with a bronze medal.

205 lbs. Tencho Karaenev (Bulgaria) vs. Jaakko Honkasalo (Finland)
Honkasalo gets eliminated by a unanimous decision against him. Honkasalo takes a bronze medal back home to Finland.

265 lbs. Scott Trelford (Northern Ireland) vs. Irman Smajic (Sweden)
Smajic submits his way to the finals by a guillotine in round 1 at 2:18.