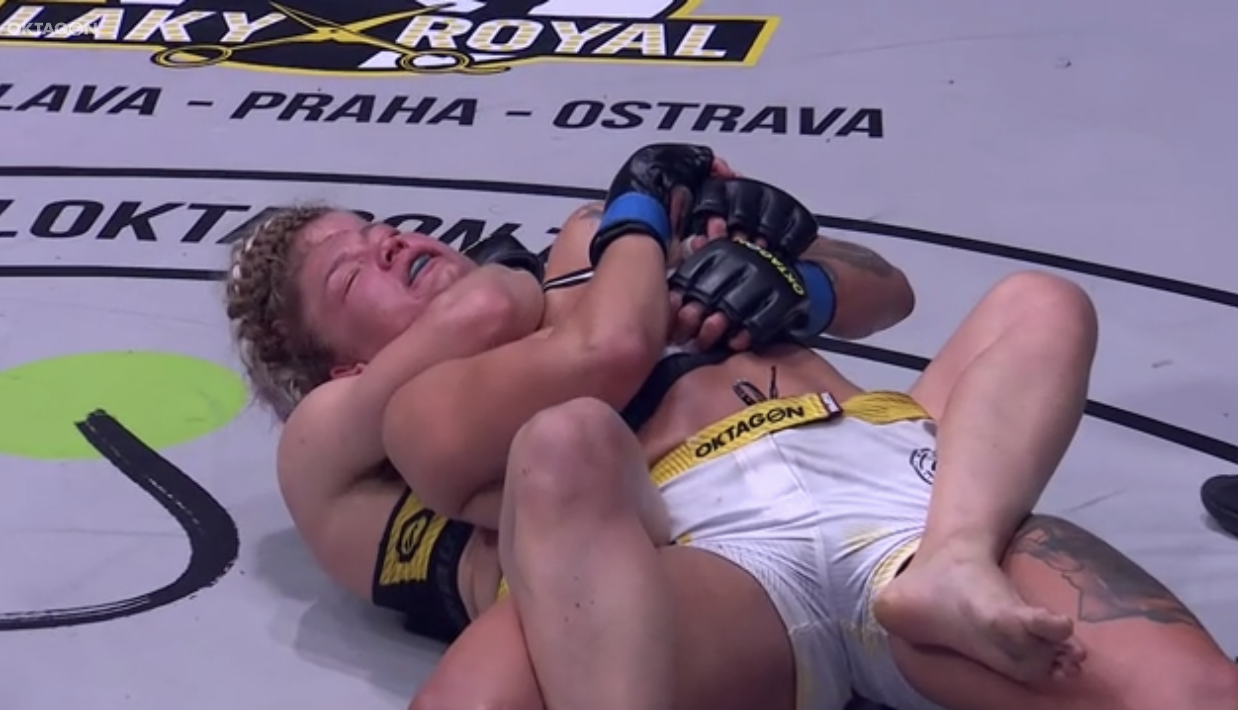 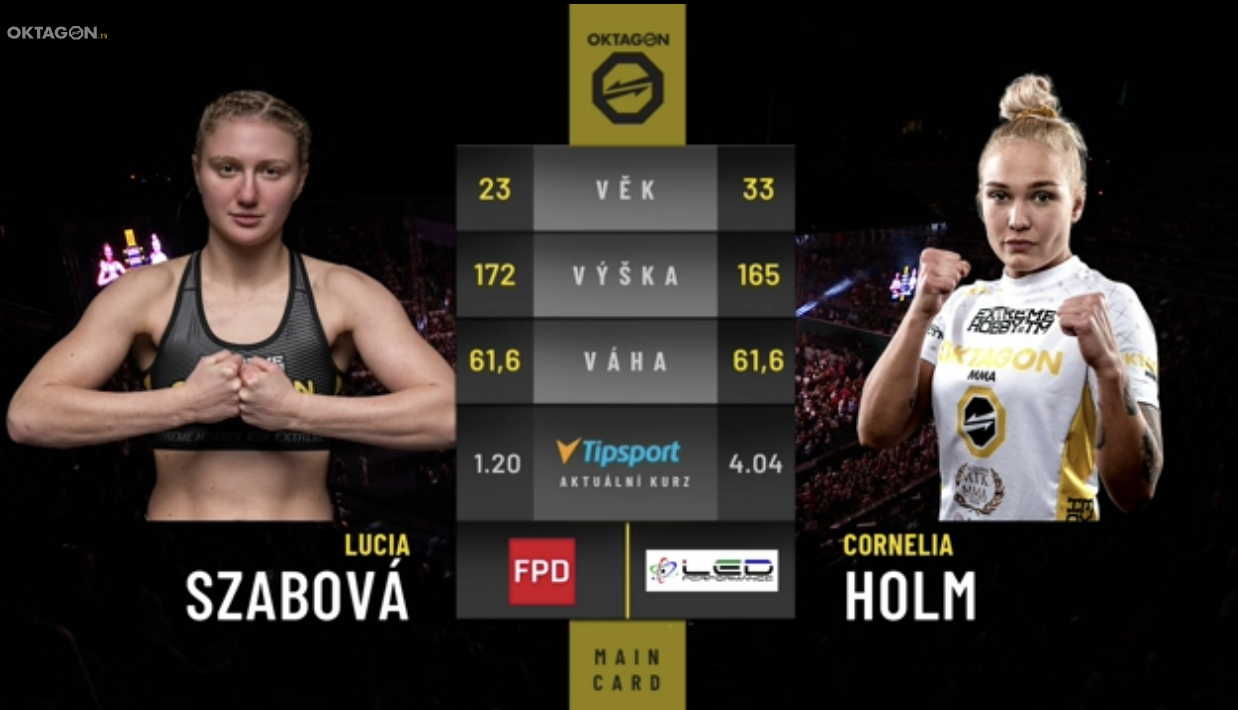 The Swede comes out with hands held high.  Szabová looking to land kicks, but Hlm just lands big strikes and now into the tie-up against the fence.  A full body lock, but the Slovakian fighter battles out of it.  The IMMAF champ able to get into the tie again, but this time is just blasted with knees to the body.  Half way through the first, and it is very fast paced.

Good shots from holm standing that is backing up the local fighter.  Connie catches a kick, but can’t finish a take-down.  The longer Lucia having success from distance on the feet.  Connie in on another take-down against the fence, but well defended.   Holm raises her hand after the round, but I think Lucia got that one with some good strikes and knees to the body. 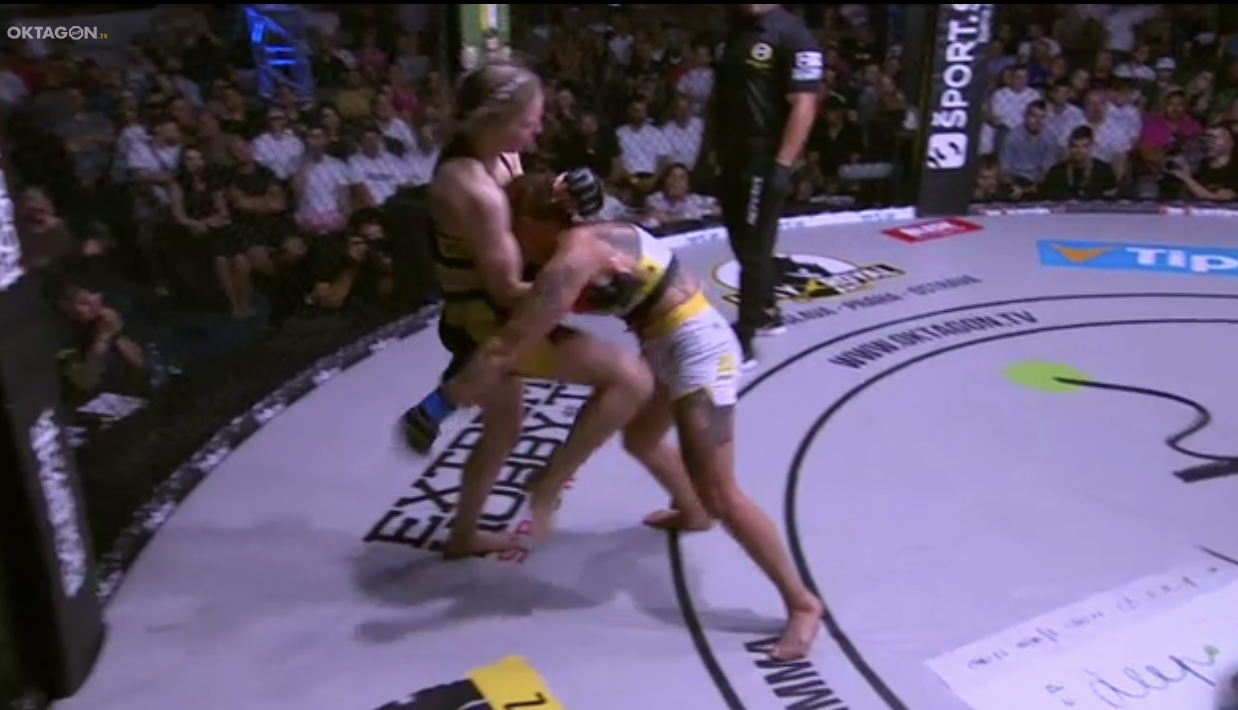 The GBG MMA is again moving forward to strike, but can’t land anything significant.  In the tie-up, and Lucia goes back to knees to the body.  Holm looks to be slowing in her attack as she just can’t get the take-down she is working so hard for.  The knees at every clinch are taking their toll.  Now the two throwing huge shots at each other but it is Szabova that is landing at the end of her punches.  Connie getting dominated here in every potion, and now takes a big elbow and then knee against the cage.

Connie lands a good right hand to start the third and is desperate for some offense.  Holm finally gets a take-down as she traps a leg.  Lucia looks comfortable there and moves her hips nicely, and able to escape.  Connie goes back to the same take-down she finished before, but this time defended, and Lucia goes around and takes back.  Holm holding on to her gloves to slow the action.  Now with both hooks in, Lucia trying to finish a rear-naked, but Connie fights out of it and is now on top!  Lucia transitions to an armbar, but defended.