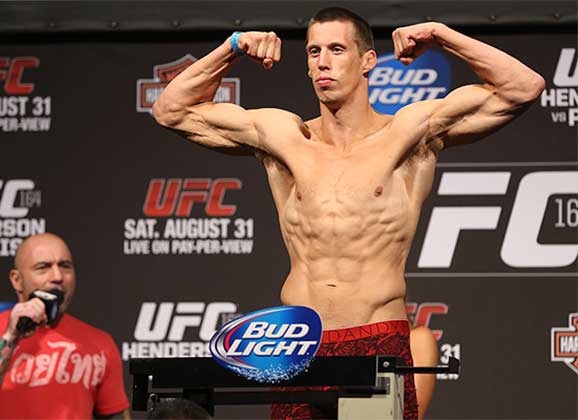 UFC Fight Night 41 takes place in just over two weeks.  Both Finn Tom Niinimäki‘s (21 wins, 5 losses, #1 Nordic Featherweight) and Swede Magnus Cedenblad (11 wins, 4 losses, #3 Nordic Middleweight) are scheduled to represent the Nordics on the card.  The event is the promotion’s return to Germany, where the Octagon hasn’t been since November 2010.

The event has 10 bouts, including a main card which will feature four fights and a prelim card of six bouts.  Stoneface is scheduled to be on the main card, however he is still waiting for an opponent after Thiago Tavares has been reported as out of the bout today.

You can watch all the bouts on UFC Fight Pass, and for the preliminary card this will be the only way to see Cedenblad versus Jatko.

The card is headlined by a five-round middleweight bout between Gegard Mousasi and Mark Munoz, while in the co-main event, Francis Carmont takes on American C.B. Dollaway.