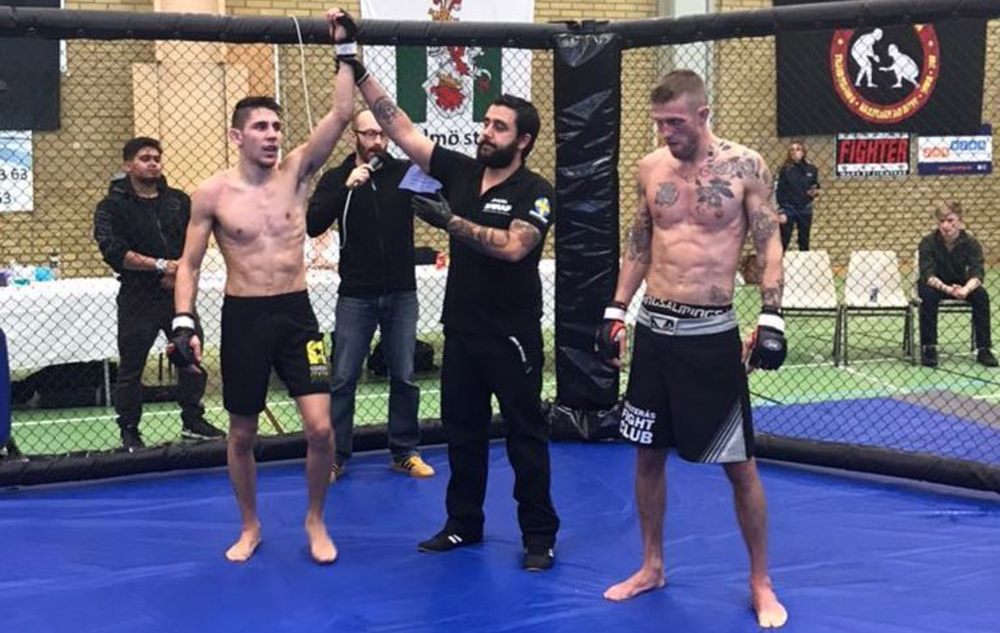 Joel Moya (1-1) got his first pro MMA win against Johan Andersson (1-0) today.  The two squared-off at Frontier MMA Open 15 in Malmö in the only pro matchup on the traditionally all amateur event.

Moya submitted Andersson in the second round by rear-naked choke. He was coming off a decision loss against Martin Fouda at IRFA 11 from earlier this year in his pro debut.  Andersson out of Västerås Fight Club lost in his pro debut after representing Sweden in the IMMAF European Open back in 2015.