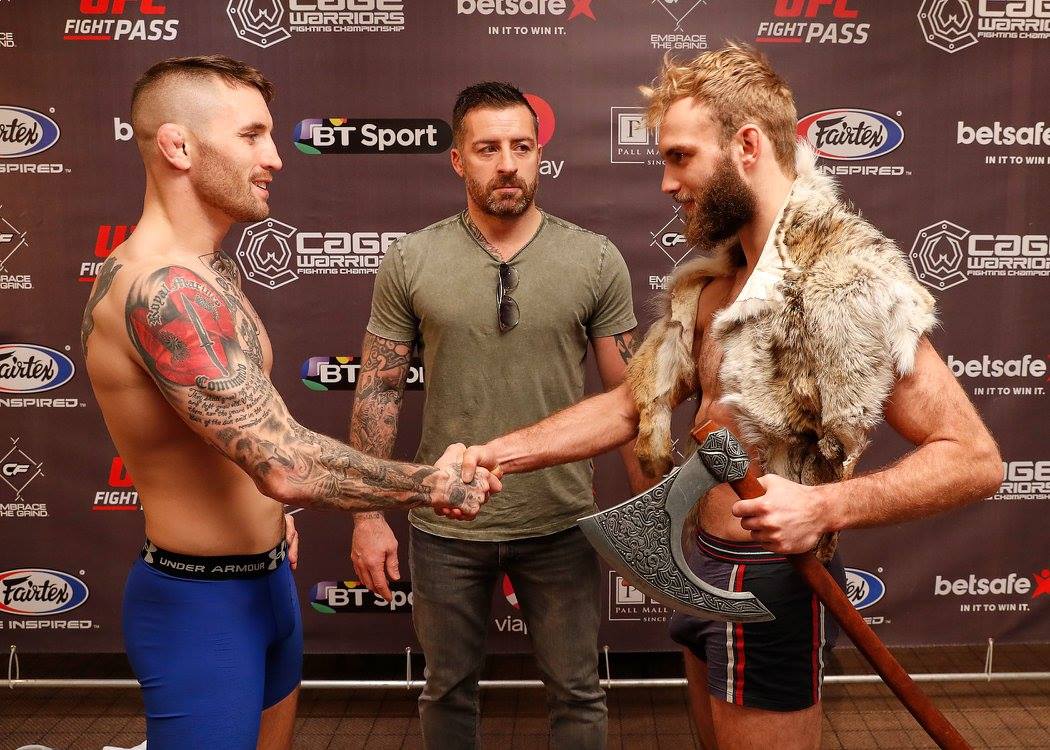 Soren Bak (8-1) faces Martin Stapleton (19-5) at Cage Warriors 88 today at The Echo Arena, Liverpool on October 28.  “This fight will determine who will fight for the title next” says “The True Viking.”

Bak made a strong first impression in his Cage Warriors debut at Cage Warriors 83, where he claimed a dominant three-round win over seasoned veteran Scott Clist in May.  “This is the real belt fight” says the CSA.dk fighter that sees a win here showing he is at the top of the division.

Stapleton has found his feet in the Cage Warriors cage following a decision loss to Anthony Dizy on his promotional debut in February. The Royal Marine turned MMA fighter rebounded from that defeat with a strong performance in his most recent outing as he claimed a unanimous decision victory over Belgium’s Donovan Desmae at Cage Warriors 85 in June.

“Being a viking is something you become once you train for battle everyday.”

“We see some openings and holes in his game” says Bak that sees many ways to victory.

“It’s a fight that has us excited here in the Cage Warriors office, and I’m sure the fans will feel the same. It should produce a fascinating clash on a great night of fights in Liverpool.” says Cage Warriors president Graham Boylan.