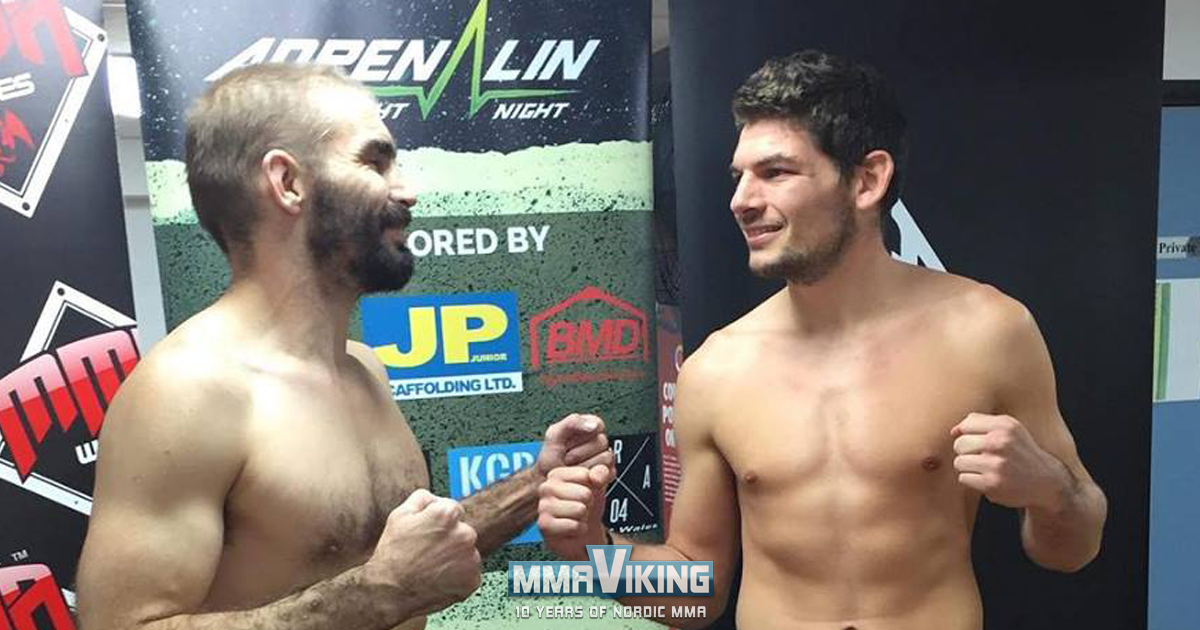 Ole Magnor (3-5) was victorious over local Stuart Tyrie (6-10) at Adrenalin: Fight Night Tenby 2 in Wales. After three rounds, it was a unanimous decision for the Novus Academy fighter.

Magnor was caught early with a punch, but battled back in the clinch and landed some good knees and a flurry of punches in the first round that rocked Tyrie.

The middleweight Norwegian got the fight to the ground in the second and landed solid punches and elbows on the tiring fighter.

The left hand was landing for Ole to start the third, then he took the fight back to the ground. The fighters were stood up by the referee, but not for long as Magnor got another take-down to secure the win.