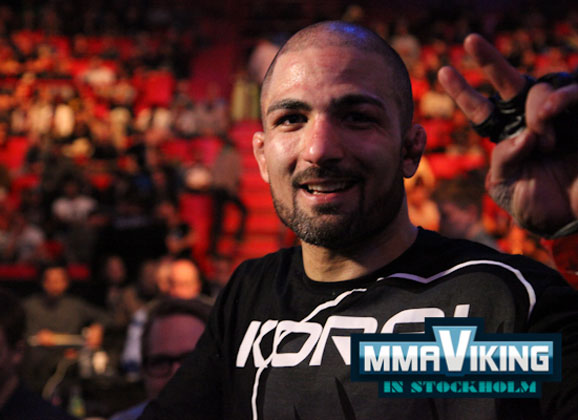 Now that the co-headliner Chan Sung Jung is injured and off the UFC Stockholm card on October 4th, the UFC has found a replacement for Akira Corassani. The Gothenburg fighter will now be facing Max Holloway, who is hot off of a win at UFC Fight Night Tulsa versus Clay Collard.

The featherweight matchup is coming from Hawaii and trains out of Gracie Technics/MMAD in Honolulu.  “Blessed” has an overall record of 10 wins and 3 losses, including 9 in the Octagon.

The GBG fighter brings in a 12 win, 4 loss record and impressive three win and on loss recent run in the Octagon. Most recently, the former TUF fighter lost by TKO at the hands of Dustin Poirier in April, and opponent that the Korean Zombie has beaten.

This will be Corassani’s second UFC bout at the Ericsson Arena in Stockholm, as he upset Robbie Peralta in April of 2013.