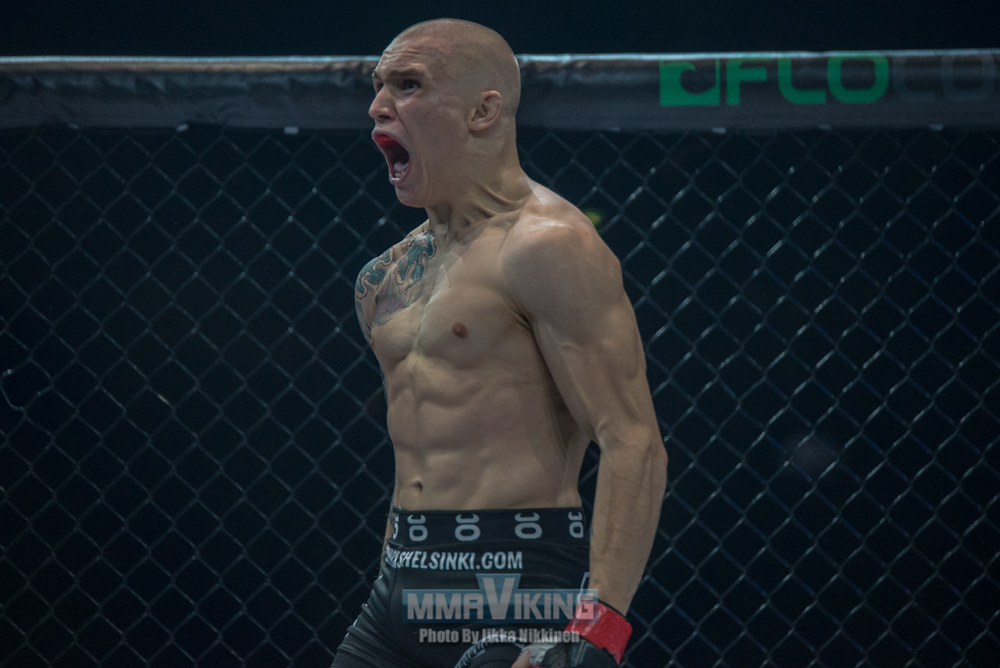 Aleksi Mäntykivi (11-4) will face Jack Grant (13-4) on April 28 at Cage Warriors 93 at the Lisebergshallen in Gothenburg.  The promotion announced the bout today.

Mäntykivi had a five fight win streak from 2014 to 2015, and his most recent outing in prior to his last M-1 bout won by a TKO win over the Cage Warriors star Soren Bak, who is also on the card. The Finn is in Florida training at ATT for the bout.

England’s Grant, a dynamic striker with a string of impressive knockouts and has picked up 11 wins across the European lightweight scene in the last six years including numerous submission finishes.  The 26-year-old is on a four fight winning streak, including a 34 second submission of Kim Thinghaugen.