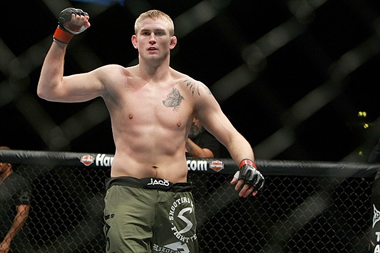 Sherdog.com, the leading MMA website, published an article with the top 10 prospects in Europe.  #3 was secured by Alexander!  Here is the write-up :

Sherdog.com has compiled a list of the top ten Euro prospects to look out for. Qualification criteria was a maximum age of 23 years and no contract with a major promotion yet.

If MMA promotions held fighter drafts, Gustafsson would be a clear No. 1 pick. The giant light heavyweight has rightfully earned his nickname “The Mauler” after totally thrashing all of his opponents thus far. This Stockholm Shooter combines good wrestling as well as takedown and submission defense with scary knockout power. His composure inside the ring is exceptional for a young fighter. Gustafsson has the makings of a future champion.