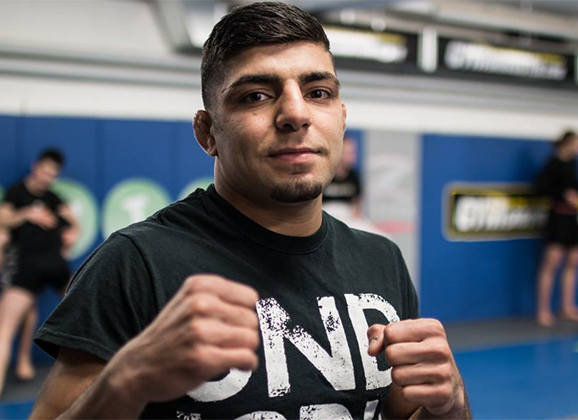 One of Sweden’s most promising prospects Amir Albazi (7-0) will finally fight in Sweden. “A dream that I’ve been waiting on for a long time” says the Stockholm raised fighter Albazi, who now trains out of London Shootfighters.

The grappler has been signed to Scandinavian Fight Nights who will hold their first event at Solnahallen on June 4th. The “Prince” has had a hard time to find fights. “People don’t want to fight me.”

The 22 year old began his training at Fightzone Stockholm. He has claimed the BJJ World Championships (Blue Belt) in Los Angeles two years ago and also adds FILA world champion to his resume.

The bantamweight has finished all of his seven fights, and was most recently in the cage in September of 2015 at UCMMA 44.

No opponent has been announced for his upcoming bout.