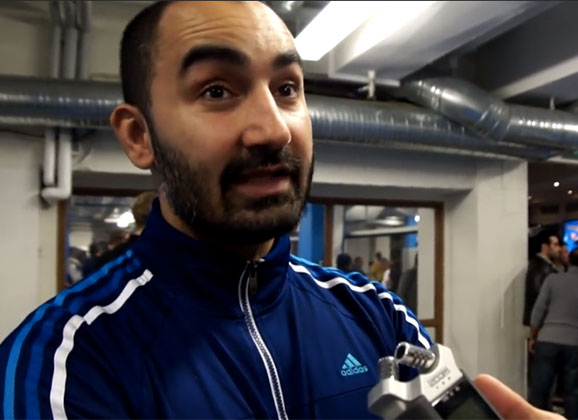 ‘It’s heartbreaking’ says Allstars Training Center’s Andreas Michael to MMAViking.com about the Alexander Gustafsson’s recent loss to Jon Jones. ‘I’ve only seen it twice’ says the head coach, who comments that ‘I think he won three rounds to two’.

The Stockholm based trainer is now focused on March 8th, where the #1 light heavyweight contender takes a stop closer to the title with a bout against Jimi Manuwa. ‘I’m not seeing past him… he’s a tough customer.’ says Michael. The confident coach although predicts ‘the fights not going to go the distance’.

Watch the exclusive interview from this past weekend’s open house at Stockholm’s Allstar Training Center.