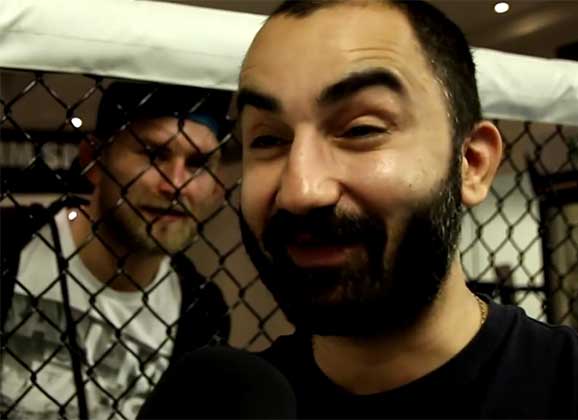 Coach Andreas Michael is ready for the big rematch.  “We are going to take the belt back to Sweden” says the Allstars Training Center coach of his star pupil Alexander Gustafsson that is lined up to face Jon Jonees later in the year.  “I don’t think he does it intentional” says the always opinionated coach about the allegations that the American champ is a dirty fighter.  “It doesn’t matter how dirty he is ,because we are going to knock him out the next time fight” says Michael to MMAViking.com.

“Jon Jones is a great fighter.  He beat Glover on his terms.” says Michael in rating Bones recent performance.  “It will be a pleasure beating him” continues the coach.  See the full video interview filmed last week :