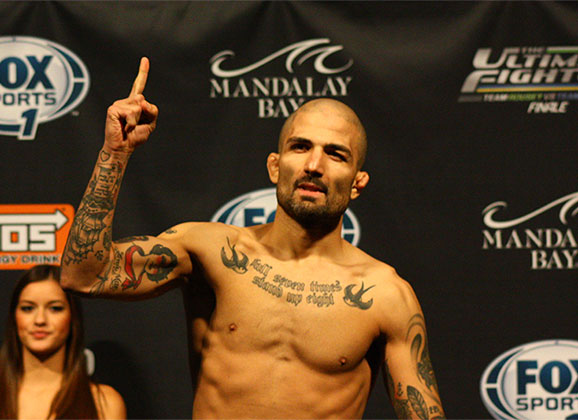 Akira Corassani will have a huge homecoming in Sweden, as the now New York based fighter will return to co-headline UFC in Sweden 3 against former title contender Chan Sung Jung.

Corassani becomes the 6th Swedith fighter on the card. The GBG fighter brings in a 12 win, 4 loss record and impressive three win and on loss run in the Octagon. Most recently, the former TUF fighter lost by TKO at the hands of Dustin Poirier in April, and opponent that the Korean Zombie has beaten.

Jung is coming off a TKO loss to champion Jose Aldo, where he had a shoulder injury. The Korean was on a role to get a shot with a three fight winning streak.

The featherweight bout will be supporting the main event between Iceland’s Gunnar Nelson and American Rick Story. UFC in Sweden 3, also known as Fight Night 53, will go down on October 4th at Ericsson Globe in Stockholm.

While there may be a fight or two added, the card looks like this so far: