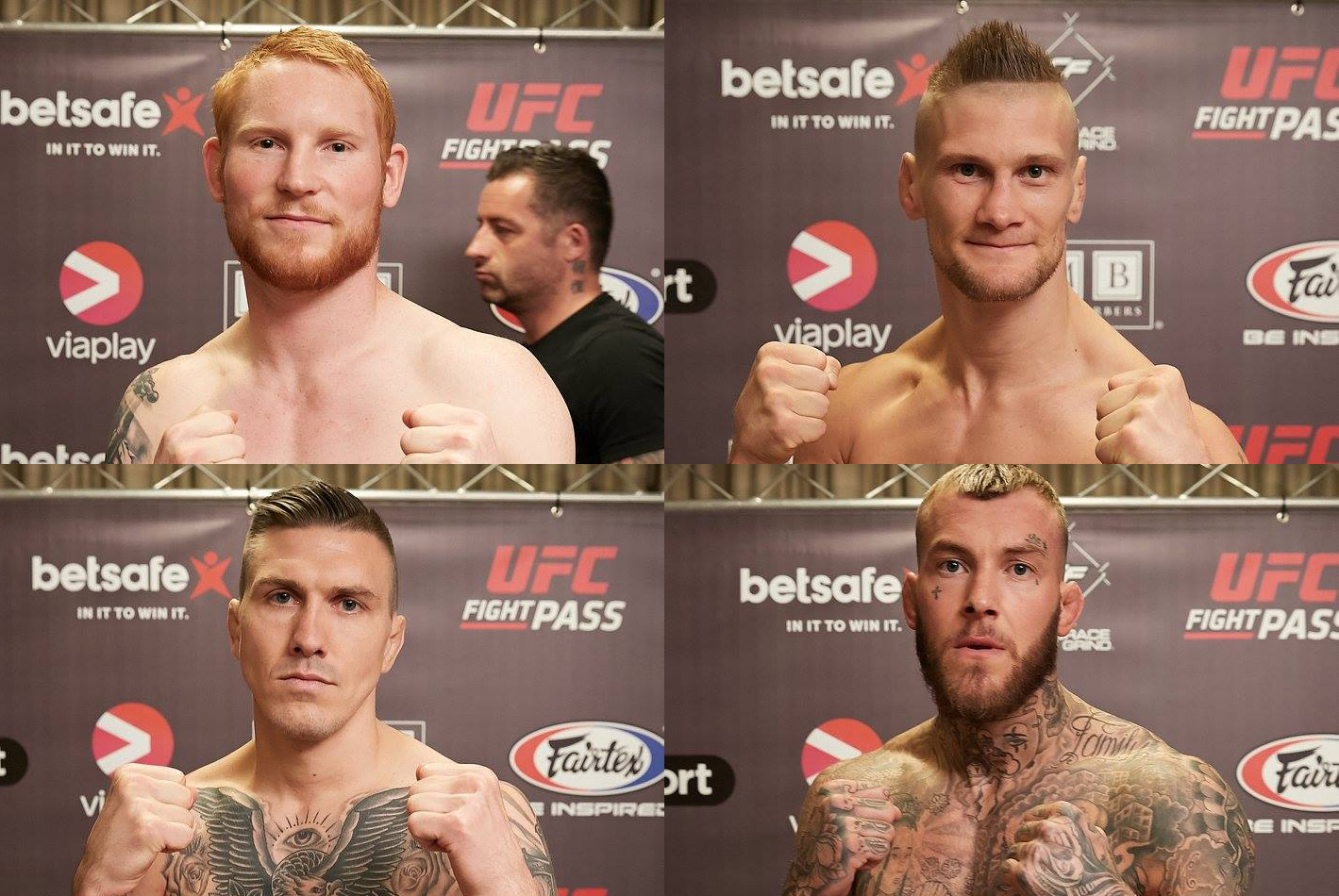 Cage Warriors 84 takes place at Indigo at The O2 in London. MMAViking.com is live in the UK to cover the four Norwegians on the card. Thomas Robertsen will be up first on the prelims, followed by Hakon Foss who will start off the main card, then Alexander Jacobsen. Kenneth Bergh is the co-headliner against Norman Paraisy.

Hakon Foss vs. Craig White (170 lbs.)
Foss loses by guillotine in the first round.  After an exchange of punches, the Norwegian went for the take-down, but was immediately locked up by White forcing the tap.

Alexander Jacobsen vs. Tom Green (155 lbs.)
Jacobsen won by unanimous decision.  Dominating bout the standup, and when getting the fight to the mat with damaging ground and pound.

Kenneth Bergh vs. Norman Paraisy (205 lbs.)
Bergh wins by guillotine choke in the second round, following a solid first round of out-striking the former Cage Warriors title challenger.

Kenneth Bergh delivers a Submission in the Co-Main #CW84 pic.twitter.com/ySDxeWSk0t