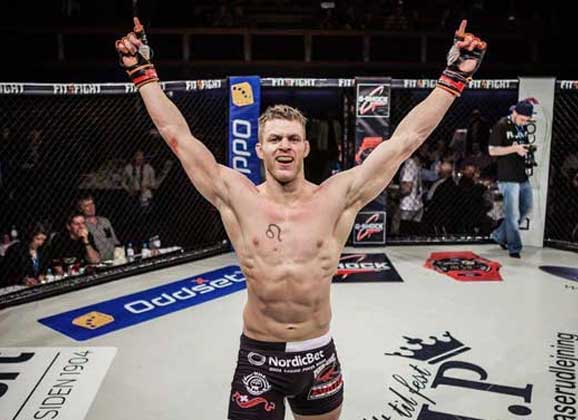 Norwegian Emil Meek will make his first appearance with the Superior Challenge promotion, booking a bout with Swede Åke Bergvall in Gothenburg for November 23rd. The Hulk is one of the up-and-coming welterweight prospects and looks to take another step forward in his career against a local veteran. See the press release from the Superior Challenge organization. 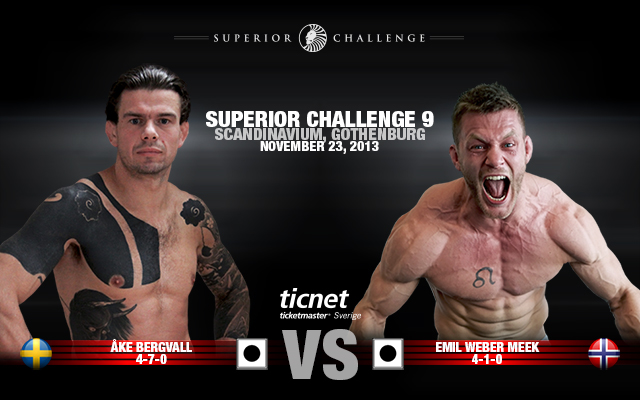 The Gothenburg fighter Åke Bergvall will stand against the Norwegian Emil “Hulk” Weber Meek at Superior Challenge 9 – Gothenburg on November 23 at Scandinavium.

Åke began his MMA career in 2002, which is eight years earlier than his opponent Emil. The home fighter has totally fought 11 pro and 10 amateur bouts compared to his 11 year younger Norwegian opponent, who has fought five pro and four amateur bouts. Meek has ended all his professional bouts by TKO in the first round except for one where he broke his arm, and this will be his first appearance in Sweden.

– Åke is one of the grooviest characters in Swedish MMA. Besides a humble personality, he has a fantastic approach to the sport. In this bout, he will have the experience on his side and he is a tough, technical and a persevere athlete. I’ve never heard Åke turn down a bout and he is the type who doesn’t care about who he fights because he just loves to fight. Emil is an aggressive fighter who delivers 100% during his bouts. The young colourful Norwegians has a very entertaining fighting style, and it it’s going to be interesting to watch him fight for the first time in Sweden.

Experience adrenaline-full sports entertainment when one of the world’s largest MMA promotions, Superior Challenge, enters the martial arts capital of Scandinavia, Gothenburg, with its 9th edition on November 23 at Scandinavium. Purchase your tickets at Ticnet.se: http://www.ticnet.se/search.php?tm_link=tm_header_search&language=sv-se&keyword=superior+challenge