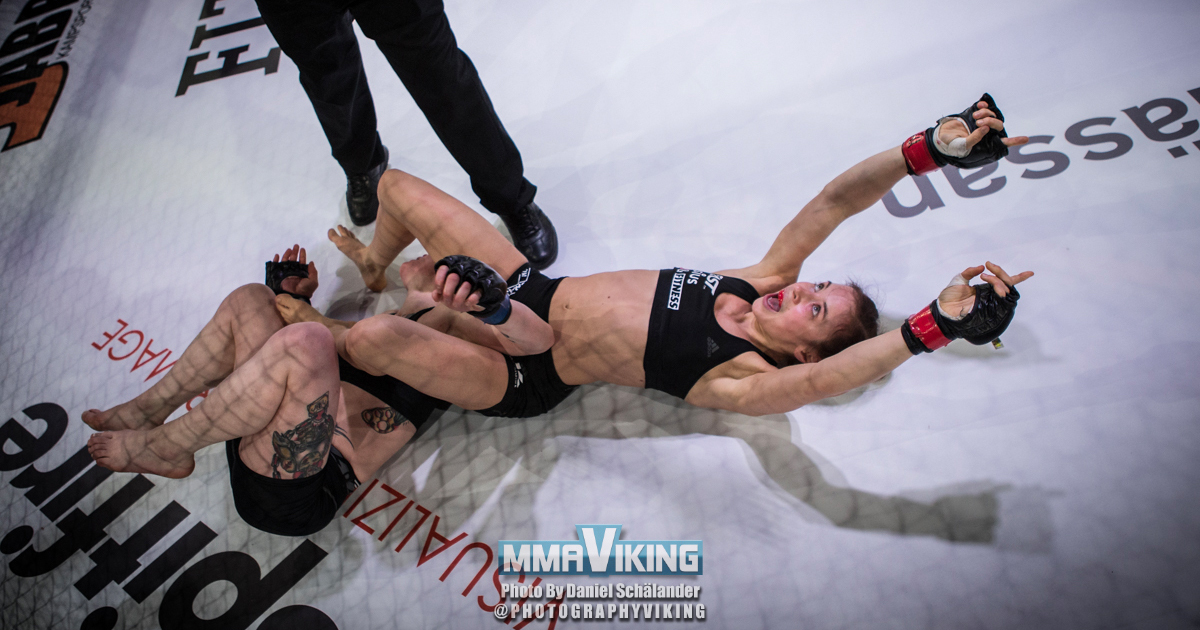 Swede Fannie Redman stopped Finn Tiia Kohtamäki in the first round with an armbar.  The fight was primarily on the feet early, with both fighters landing punches, but once it got to the ground it was the Judo player that was able to get the rear-naked choke. 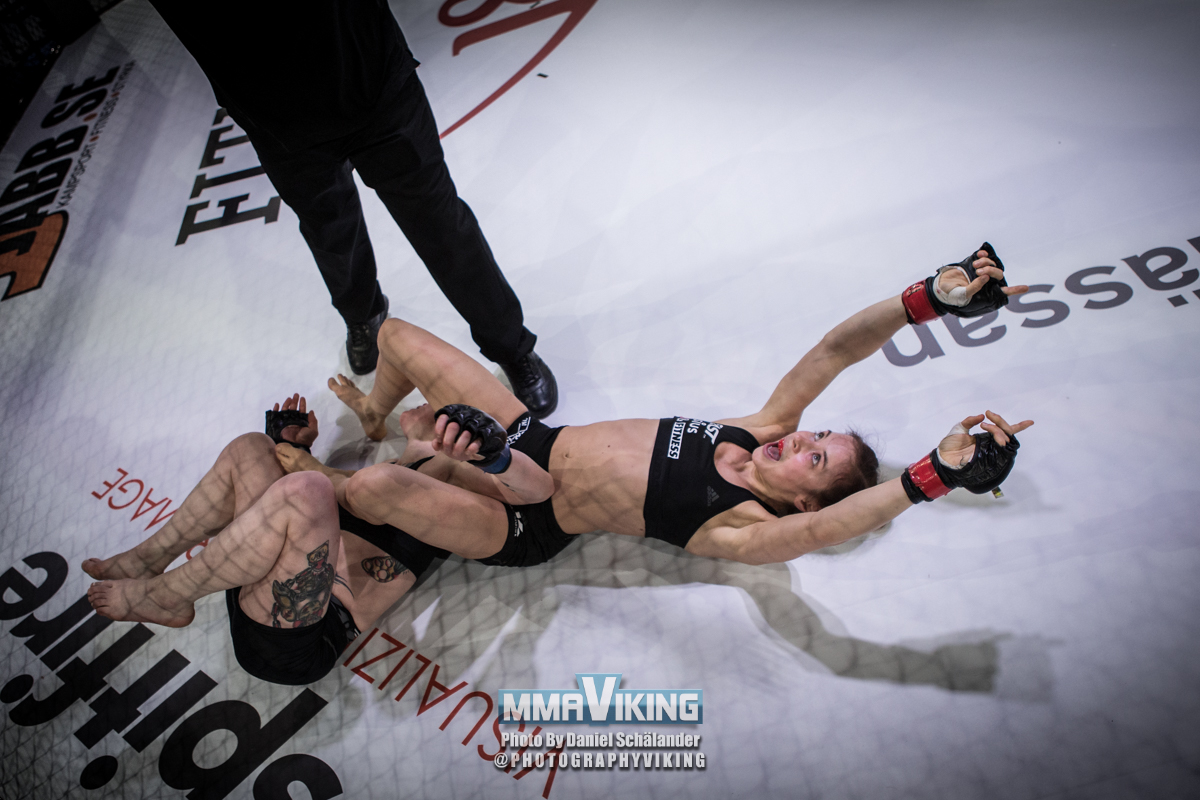 It was the pro debut for Redman who represented Pancrase Gym, and with the credentials of beating an IMMAF World Champ in Anna Astvik, she looks well on her way to a successful pro career.

Kohtamäki drops to 0 wins and 3 losses in her career, which has seen her battle top competition including a loss to Invicta title challenger Minna Grusander.