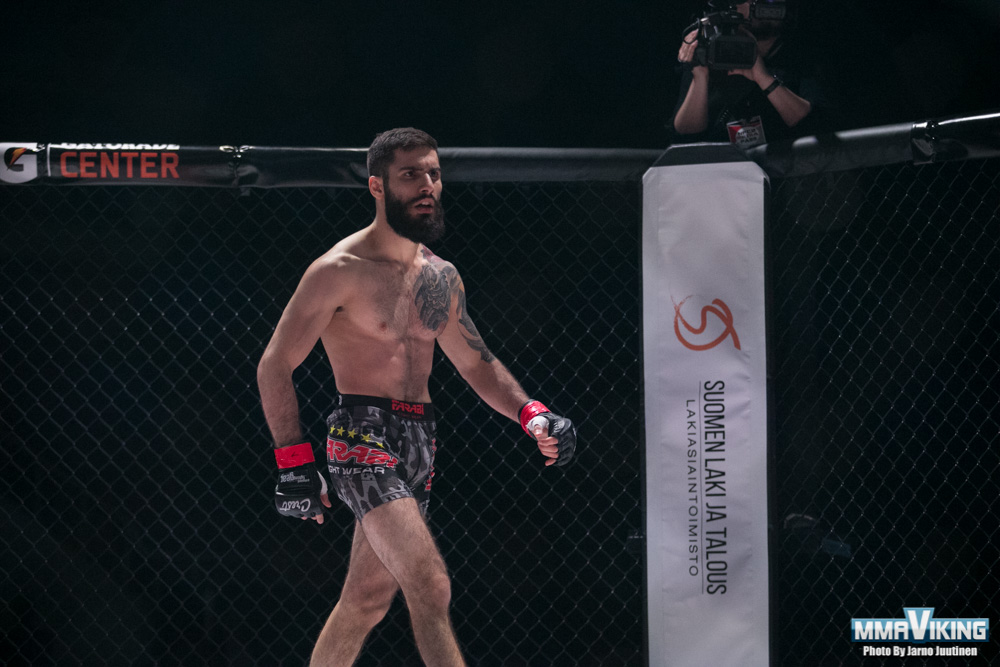 “The match ended in a draw. The opponent managed to hit a few hard hits in the first round, so it took a bit to get into the match.” comments the FFG Turku fighter after the bout Saturday night.

Both fighters came into the bout at 3 wins and 0 losses, but with the draw both fighters will be leaving the cage at 3 wins, 0 losses, and 1 draw. The “Human Terrier” finally made his return after two years away from the cage, last fighting at Carelia Fight 13. Elichanov has fought all his bouts with the We Love MMA promotion, raking up 3 first round stoppages.