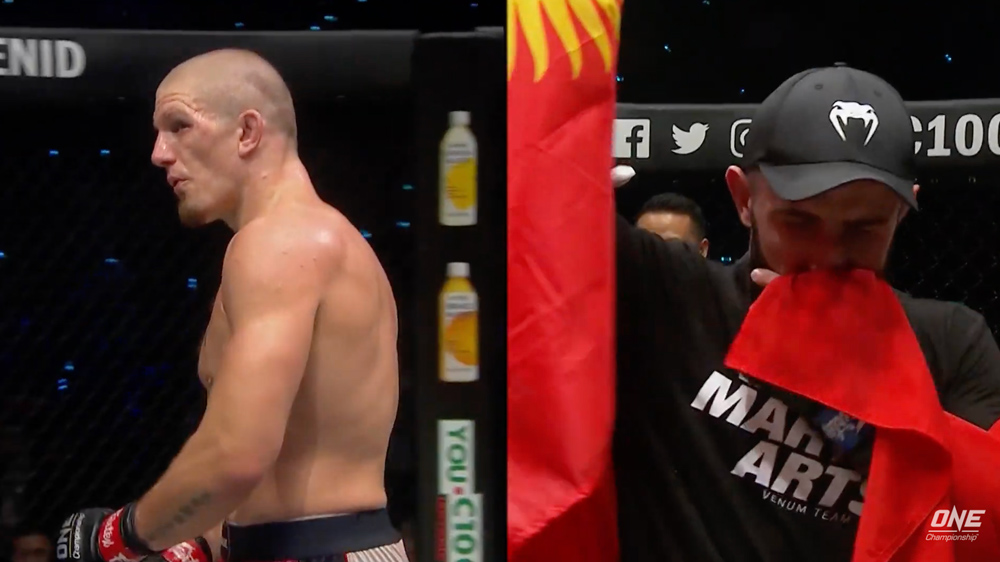 Zebaztian Kadestam (12-5) lost by decision in the ONE Championship headliner in Jakarta, Indonesia.  “The Bandit” has his moments early and late in the fight, but could not defend his ONE Welterweight World Championship strap against challenger Kiamrian Abbasov (22-4).

The Swede landed a big right kick to the leg to start the bout that stumbled “Brazen,” but the challenger was ready for more kicks as the round progressed.  A knee to groin slowed the action, as the Pancrase fighter needed time to recover from the obvious foul.  A good clinch with knees then a takedown for Abbasov eventually put him on top in the first.

Spinning kicks and low kicks, but another take-down puts the Swede in an unfavorable position again.  Good right elbow standing from the Swede.  Some good punches from the challenger, but Zebaztian moves forward in the second.  An outside trip from the challenger and then a nice body lock throw a few minutes later forced Kadestam to be on his back for the rest of the third.

A big start for Abbasov in the fourth and the Swede is was trouble, and after punches leaves Kadestam on his back where he takes some big knees to the body.

A few big right hands from the Swede that pushed the pace in the final frame, but it was not enough as all judges scored it for the Kyrgyz athlete that built on his last KO over Japanese mixed martial arts legend Yushin “Thunder” Okami in May.