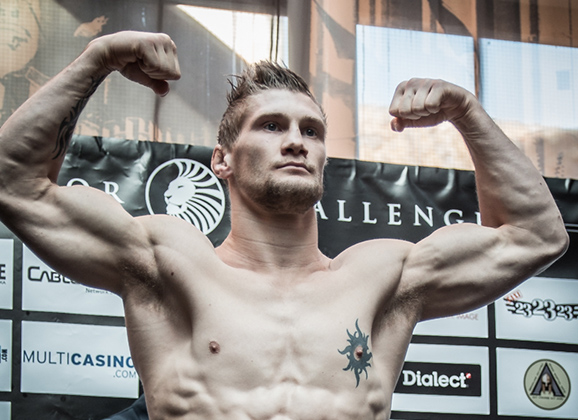 Norwegian Alexander Jacobsen will be looking for his sixth straight win as he steps back into the cage on November 12.  “I looking very forward to fight again, last time was March.” says the lightweight out of Bergen MMA and Bergen Grappling. 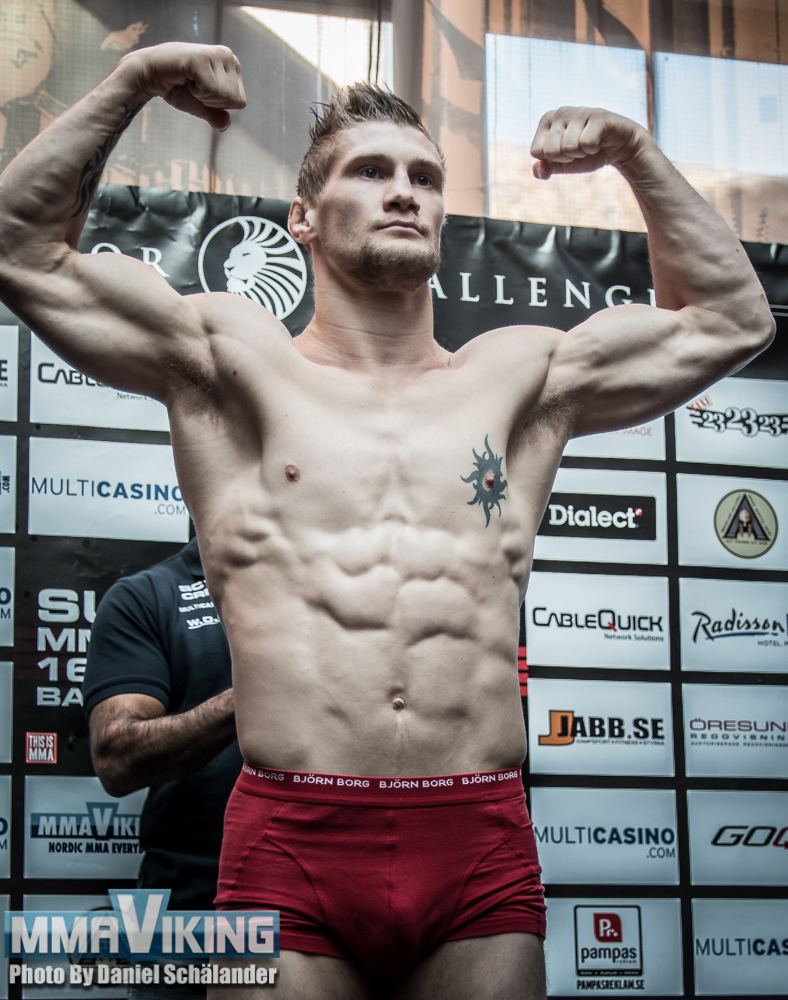 Jacobson will this time be seeking a European Title at the Freon promotion based in Latvia.  He will be facing  24 year old Dmitriy Shestakov with a 1 win and 2 loss record according to Sherdog.com.

“I will get the title and W, Because thats my only choice. And I hoping some bigger organization will give a chance Soon. UFC is my goal, and I gonna make it !” 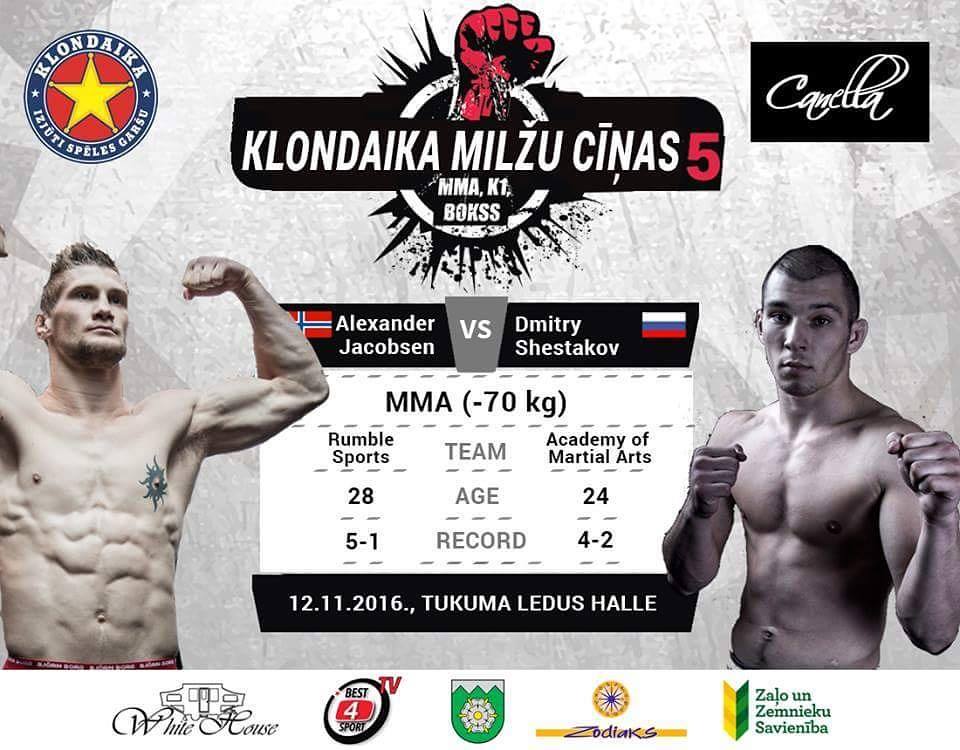 The 28 year old Jacobson turned pro in 2014, and his only loss is in his debut against Rioo Ibrahim at Cage Warriors 66.

Since the loss, he has won five straight all by finishes, with three submissions and two TKOs.