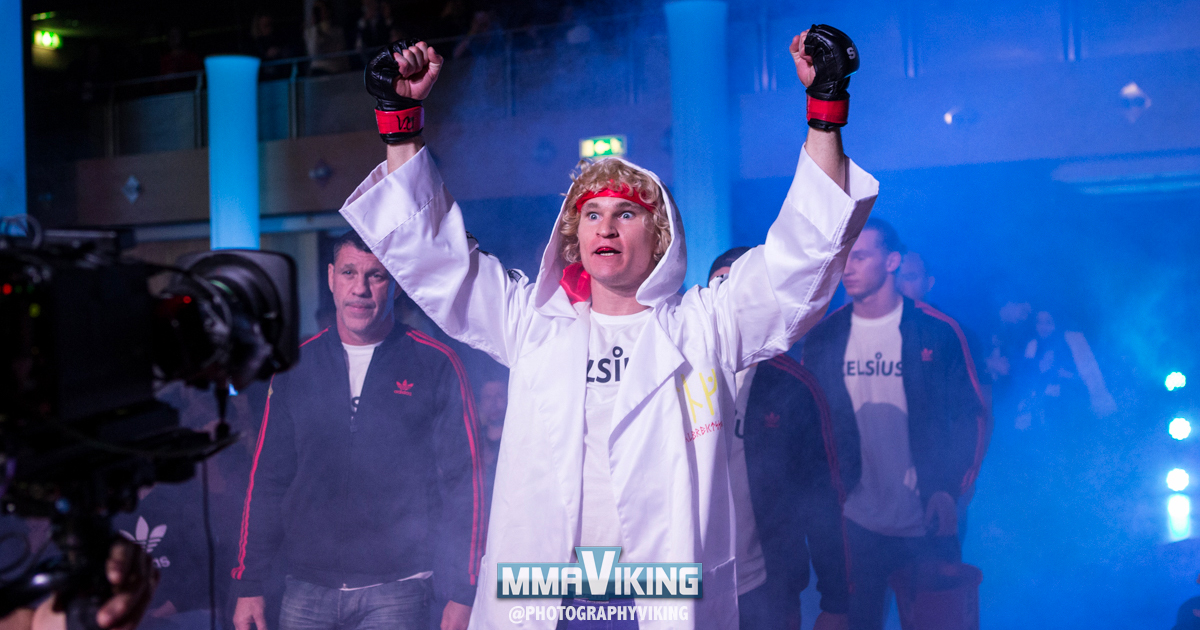 Karl Albrektsson (9-2) has signed with Bellator. The Swede revealed the news to the Sun. “I want to make a big impression on the world.” says the Pancrase fighter from Stockholm.

The 25-year-old “King” has been battling in a ring in Japan or a cage in Sweden for the last 5 years. Outside of his pro MMA debut in Poland, the Swede has had 5 fights in Japan and 5 fights in Sweden.

In December, he stopped UFC vet Josh Stansbury at Superior Challenge 18 with a first round stoppage.

No opponent of event has been targeted for the debut of the Swede. There have long been rumors of a Bellator event in Stockholm, and last year President Scott Coker announced that the promotion will come to Stockholm, Sweden.  “We will do fights next year in cities we haven’t been, Stockholm, Amsterdam, and Barcelona.”