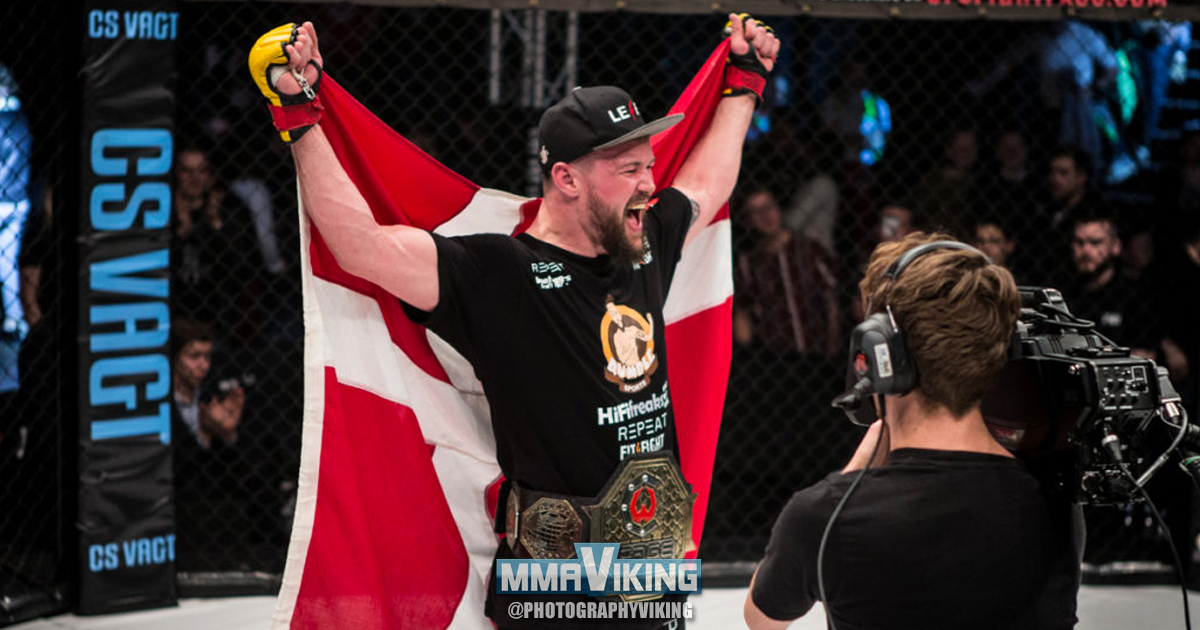 Nicolas Dalby (17-3-1, 1 NC) has re-signed with the UFC. The Dane got the news “you are fighting in Copenhagen on September 28” from Graham Boylan, the CEO of Intensity Fight Management, that delivered the message to an emotional “Lokomotivio.”

The Rumble Sports fighter and Ross Houston (8-0-1) were set for unification bout at Cage Warriors 106 in London last month, but the nearly 3 round war full of ups and downs for each of the damaged fighters was called a No Contest by referee Marc Goddard that deemed neither Houston or Dalby were able to continue. The attention grabbing fight was enough to propel Dalby back into the UFC, where he fought in 2015-2016.

The UFC vet of four bouts (1 win, 1 draw and 2 losses) won his last three bouts with Cage Warriors leading up to the recent bout with the UK fighter. Dalby captured the vacant Cage Warriors Interim Welterweight Championship in Copenhagen at Cage Warriors 102 by a punch TKO back in March.

Dalby is the only Denmark based fighter on the card so far, and no opponent is set for his return. Jack Hermansson will face American Jared Cannonier in the main event, with Gunnar Nelson taking on Thiago Alves in the other featured bout.