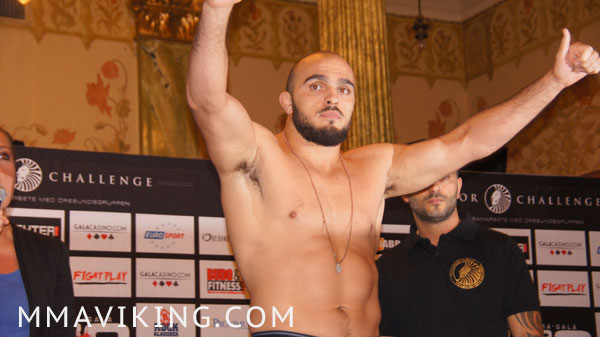 This is top-level Nordic matchup. Ilir Latifi is ranked #2 and Juha Saarinen is ranked #3 in the Nordics by MMAViking.com. Stylistically this is an intriguing match up between two powerful fighters who are both known for a grappling heavy fighting style.

Latifi won all 3 bouts in 2012, starting with a Glory World Series win on March 23rd. He followed up on another Glory World Series bout against veteran Tony Lopez in Stockholm before closing out the year with a decision victory over Jorge Oliveira at Superior Challenge 8 im Malmo.

Saarinen is on a two fight winning streak, including two recent stoppages. Both wins came in Finland, first in April he beat Baga Agaev at Lappeenranta Fight Night 7 then a 24 second TKO over Florian Martin at Carelia Fight 8.