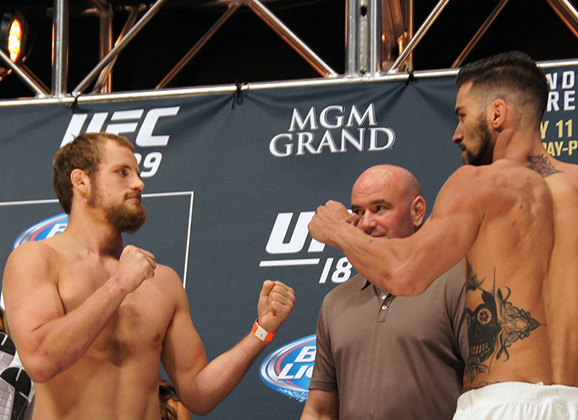 If you are one of the few MMA fans that won’t be glued to the television or internet to watch UFC 189 live on TV or in person, you can follow results from the Gunnar Nelson versus Brandon Thatch bout at the MGM Grand below.  MMAViking.com is live in Las Vegas and be uploading pics and videos, and perhaps a post-fight interviews if all goes well. 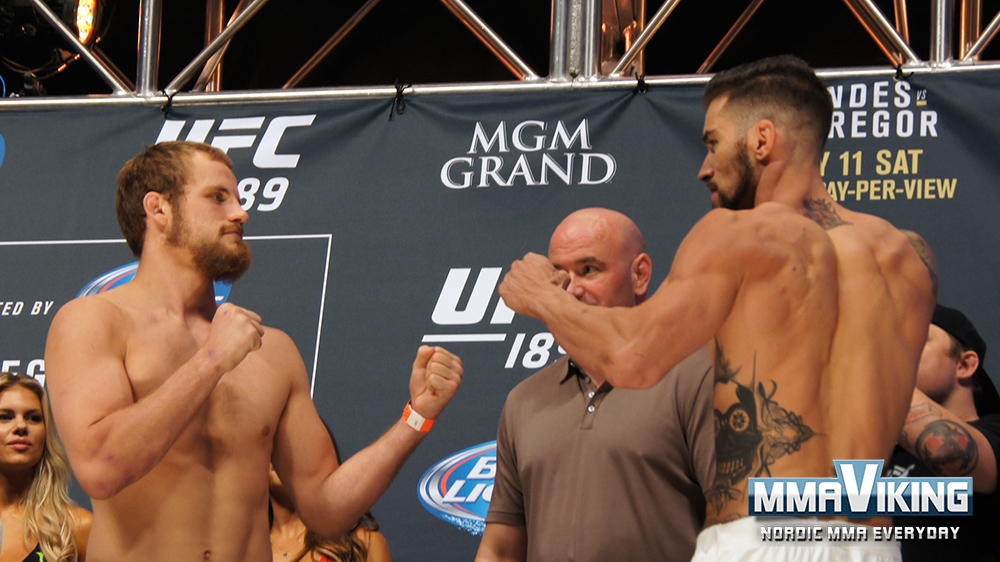 Round 1
Thatch is the first to be introduced, followed by Nelson who gets a huge roar of applause. The second bout of the much anticipated UFC 189 main card kicks off and both fighters move in and touch gloves.

Thatch comes out as the more aggressive one but Nelson responds well with punches despite the lack of reach. Nelson drops Thatch to the canvas with a perfectly timed left right combination! Nelson moves in on the fallen opponent and take full mount. Thatch doesn’t want Gunnar there, and Nelson is smooth and proceeds to taking his back. With a tight body triangle “Gunni” goes for a rear naked choke and locks it in hard and makes Thatch tap out! It’s all over.

Winner by submission (Rear Naked Choke) at 2:54 in Round 1 Gunnar “Gunni” Nelson