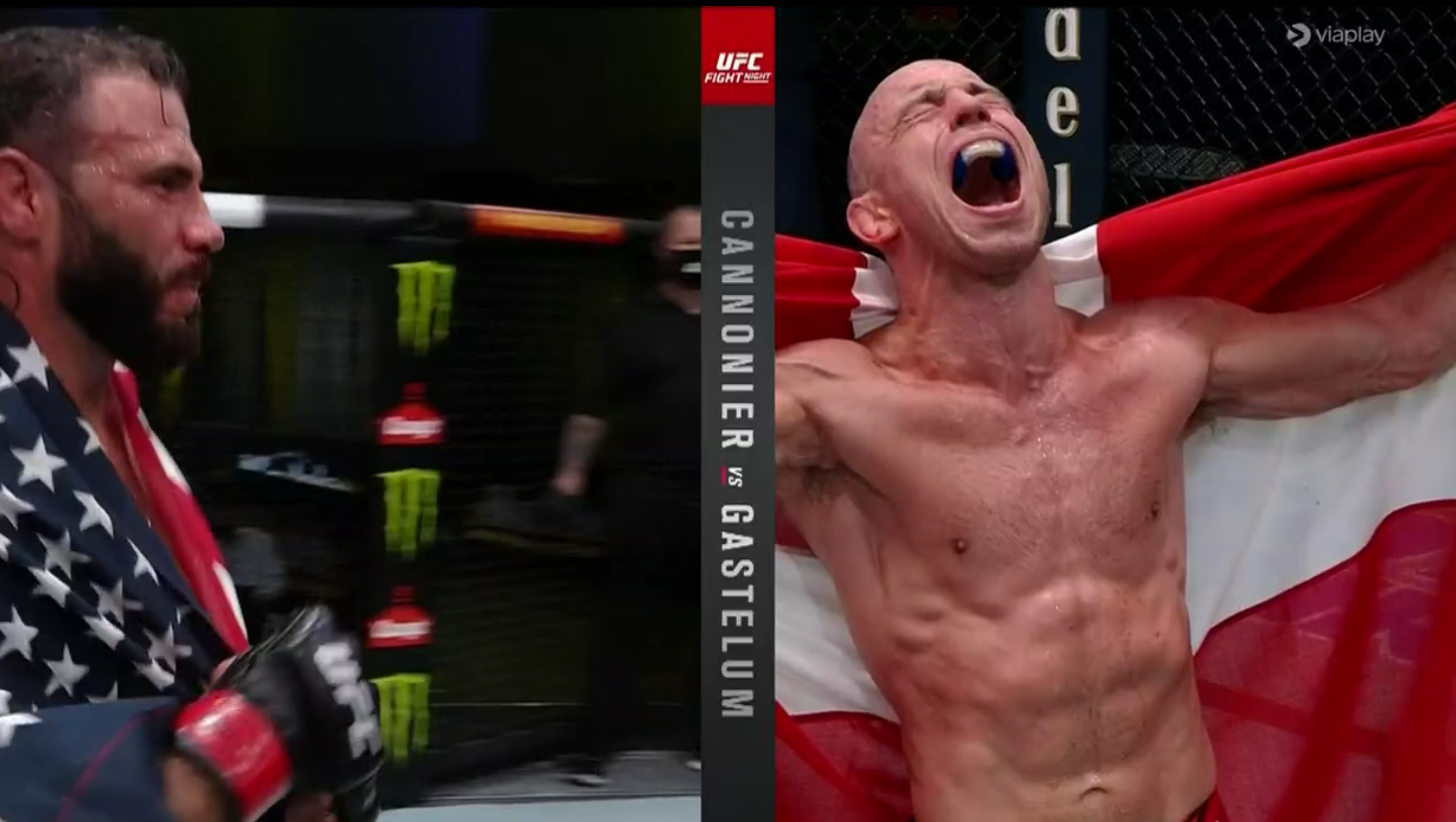 Mark O. Madsen (11-0) outpointed Clay Guida (36-18) by split decision at UFC Fight Night: Cannonier vs. Gastelum. The lightweight bout was the co-main event on the card at the UFC Apex. 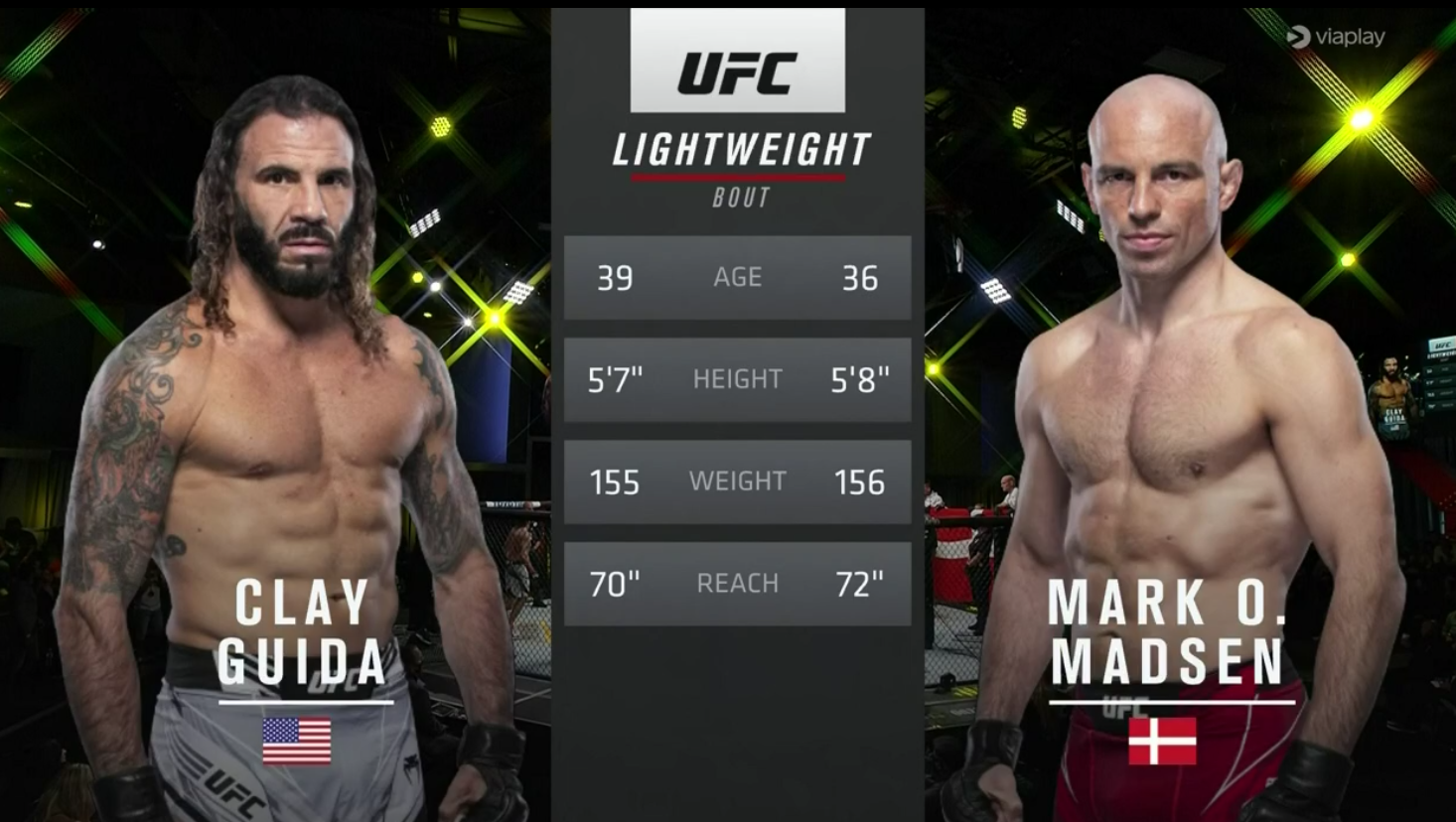 Guida with a calf kick to start the fight and another.  Mark looking to land his big right hand, but Clay is moving side to side.  Guida engages throwing several punches and Mark clinches.  An uppercut from Clay lands, and the Olympian fires back a shot.  Left right hand from Clay, and the right buckles the knees of the Dane!  Mark regroups and has some solid knees in the clinch of this fast paced fight.

Good left hand from Madsen, and an overhand right.  The American is moving side to side, and using his jab and lots of motion.  A low right kick from Mark that stings.  Madsen pushes the Carpenter against the cage and lands some knees toward the end of the round.

Mark is the first to go for a takedown, but Clay defends easily.  Good lick from Clay low, and Mark is hunting to land a right uppercut.  Clay lands a combination to the face that stings.  Mark decides he wants to go inside and has success in the clinch, and landing a knee.  Mark’s standup looks really improved here. 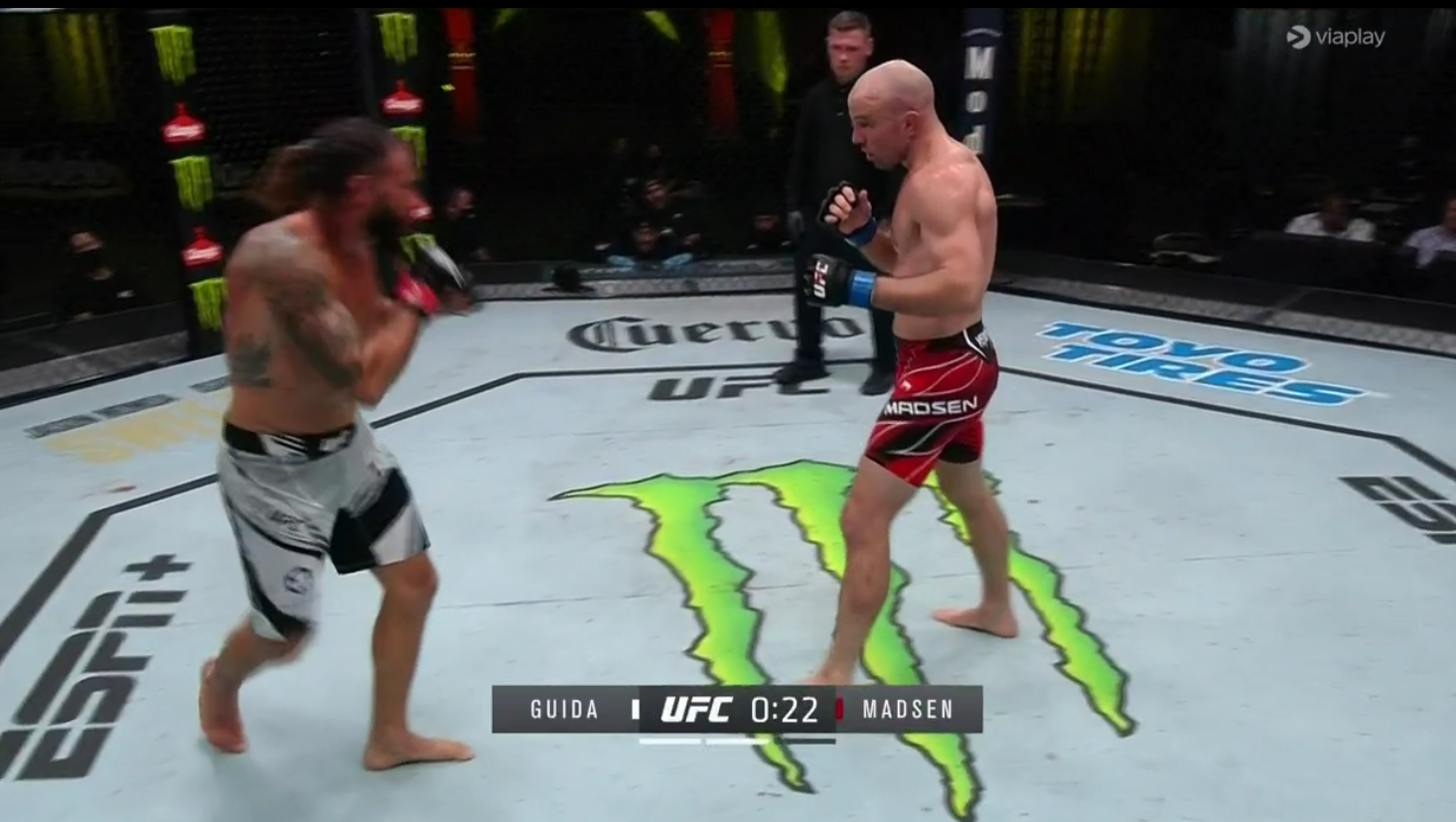 Guida lands another low calf kick on the lead leg half way through the round.    Clay is feinting punches.  Both fighters throwing lighter punches and waiting for an opportunity, but less action as the second round comes to an end.  Guida had the advantage in this one. 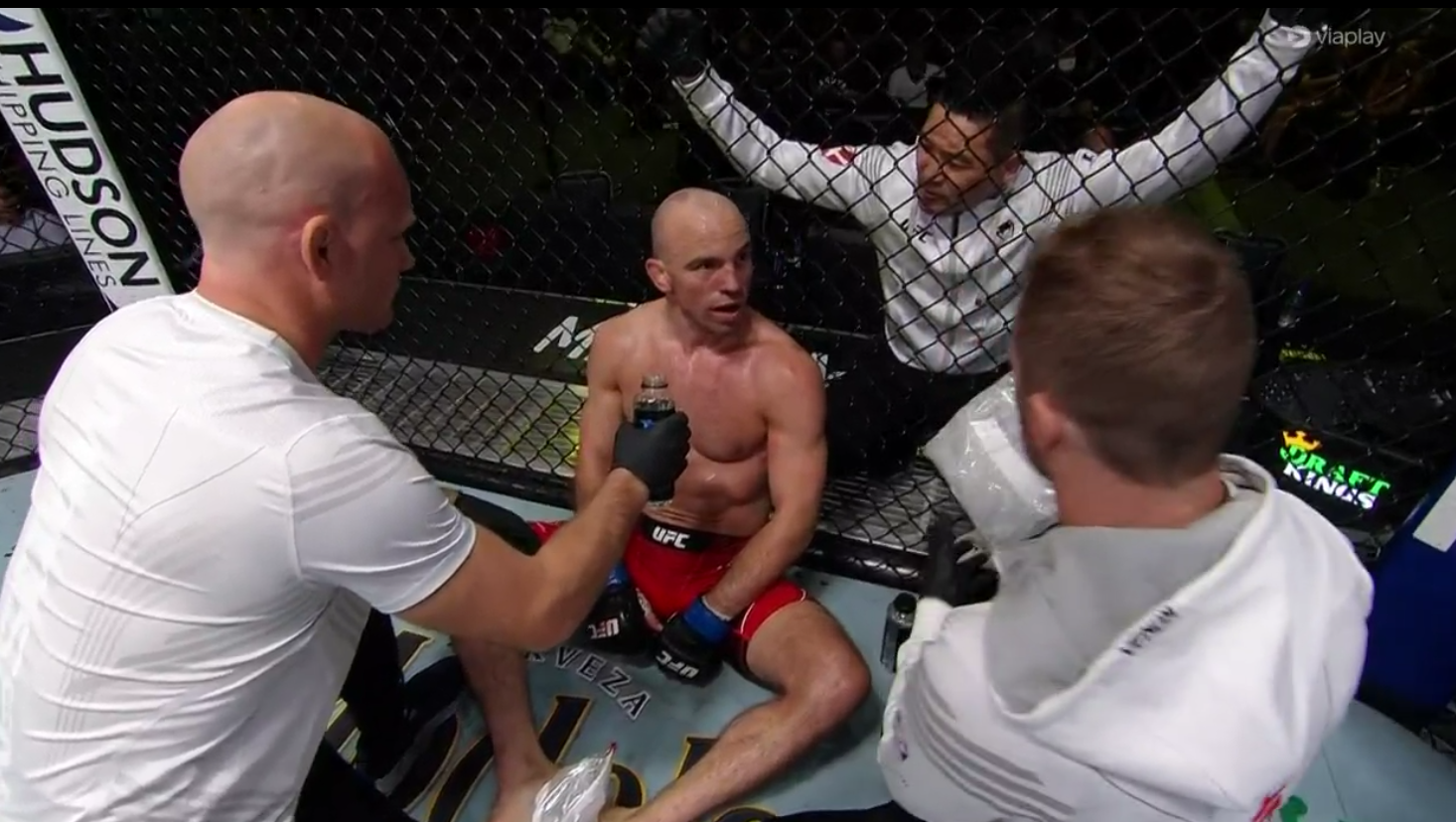 Mark sits on the canvas in between rounds and calmly talks to cornermen, including the UFC. vet and long-time coach Martin Kampann.  Clay lands a right hand to start the third.  The head movement from clay is unmatched, making him a hard target to hit.  This third round is a must round from Madsen.  Mark lands a good right hand, and nearly lands a solid left hand.  Mark is in the center of the Octagon and now pushing forward, but Clay cannot be found against the cage.  They trade right low-kicks.  One minute left and this round is up in the air, the Octagon control is Mark’s. Mark pushes Clay against the cage, and now lands some light shots as clay backs up.  This round is a good one for Mark… and now goes to the scorecards after 15 minutes.