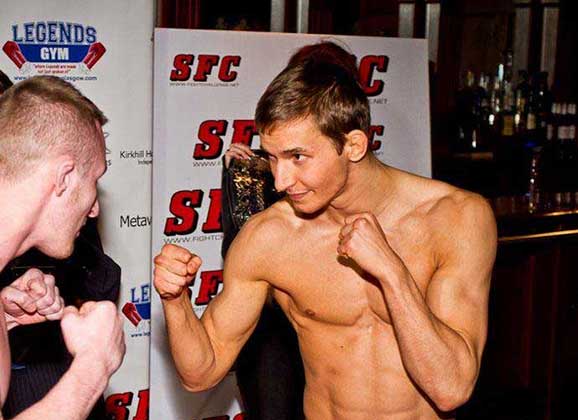 Martin Svensson will be headlining Trophy MMA III this Saturday night.  This is the second year that the young promotion will be having it’s yearly New Year’s card, and aptly naming this event “”Nyårssmällen 2”.  “I love to be fighting in my hometown and representing 040.” the Big Swede told MMAViking.com during his announced bout with Tobias ”Thiago” Huber, however a new opponent will now face Svensson. 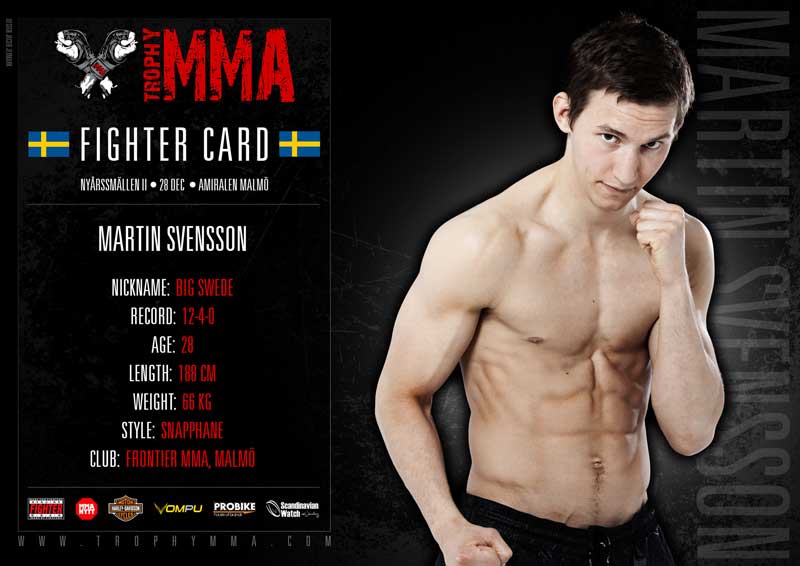 Artem Lobov will take on the local Frontier MMA fighter at Amiralen in Malmö, due to a knee injury that will keep Huber out of the bout. 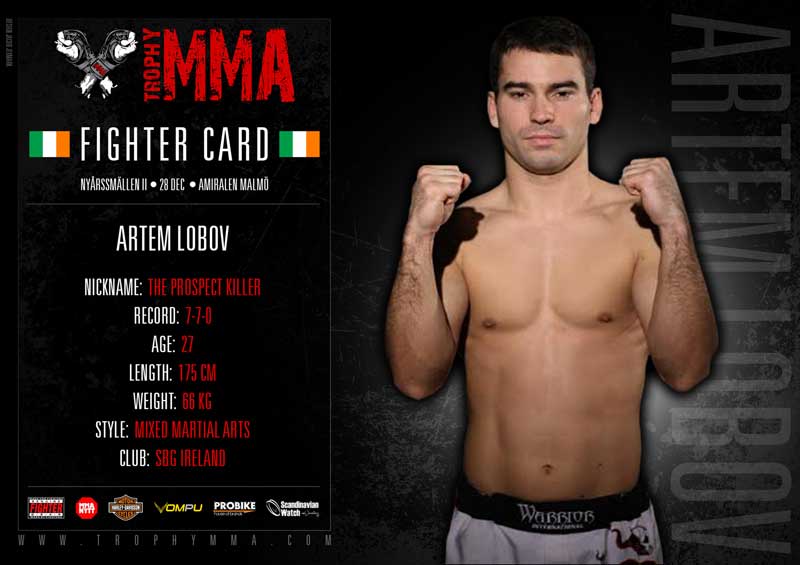 Lobov fights out of the SBG Ireland camp, gaining much popularity from Conor McGregor and Gunnar Nelson.  The “Prospect Killer” has a record of 7 wins and 7 losses, however he has won three of his last four bouts.  His last bout was on November 30, where he lost to Christian Holley in a decision.

Svensson holds a record of 12 wins and 4 losses.  He is looking to get back on track after his previous match in which he lost to Jim Alers at Cage Warriors 59 in September.

Also on the card is Swede Jonatan Westin (5-2-0) will face Polish Grzegorz Lipski (4-4-0) in a middleweight bout.