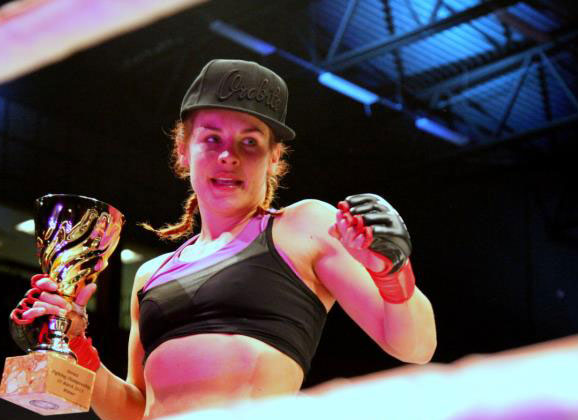 Swede Lina Akhtar Länsberg will not be on Saturday’s Trophy MMA card. The Swedish promotion today posted that the bout would not be happening. 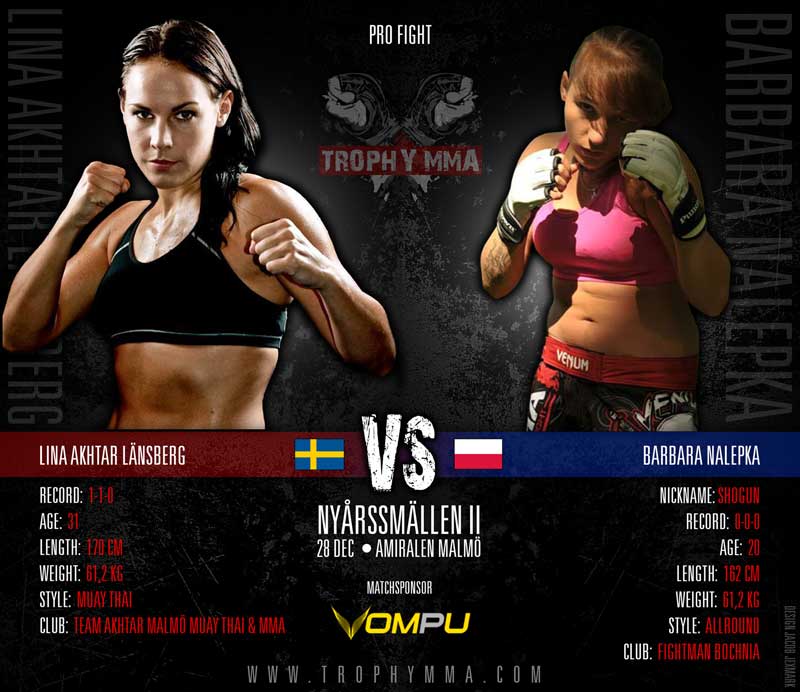 “Lina Akhtar Länsberg’s fight canceled due to injury! Due to an Injury in her forearm Barbara Nalepka wont be able to compete on Trophy MMA III | Nyårssmällen. At this late moment we wont be able to find any replacement.” was the statement released on the website.

Länsberg has not seen action since a win at the Heroes Fighting championship back in March. With an overall record of 1 win and 1 loss in MMA, the loss comes from Panni Kianzad who stopped her back at last New Year’s Trophy MMA card.