Emil Weber Meek (9-2, 1 NC) will face #11 ranked Kamaru Usman (11-1) on the UFC 219 card on December 30 in Las Vegas. The welterweight bout was officially confirmed today by the UFC through Viaplay. “It is fantastic. The best thing about this match is that it is against an opponent I really want to meet.” says Meek.

Originally, “Valhalla” had an opponent, date, and location in mind for his next fight, with American Mike Perry on December 2 at UFC 218, but “Platinum” instead accepted a bout with Santiago Ponzinibbio. A healthy Meek is now ready to take on of the hottest American prospects in the elite wrestler that has had trouble finding any takers. “He is an unique talent who has not lost a single round in the UFC, a very strong, ultraviolent and dangerous fighter who is by many expected to be a future UFC champion. At the same time, so am I.” comments the Norwegian.

The Frontline Academy fighter will take on stiff competition in Usman that is on a 10 fight winning streak including 6 in the Octagon. The “Nigerian Nightmare” is ranked #11 in the UFC and was an elite wrestler on an international level. The Blackzillians fighter also won two fights on TUF 21 (not included in his official record” on his way to winning in the finale with Performance of the Night.

“This is the kind of fight I live for. This is the fight that makes my heart catch fire and then burst into flames.” – Meek 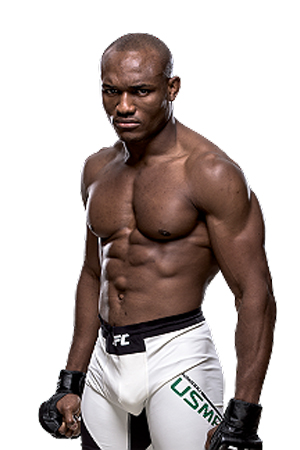 Meek was scheduled to fight Nordine Taleb (12-4) on the main card at UFC in Sweden but pulled out due to injury.  The welterweight had an impressive UFC debut win in December over Jordan Mein, where he won by unanimous decision back at UFC 206.

“That’s what I’ve always said: I’ve come here to fight the best in the world. I have not sacrificed so many years, so much effort, blood and sweat to fight against medium fighters, I want the elite of the elite” says the Frontline MMA fighter.