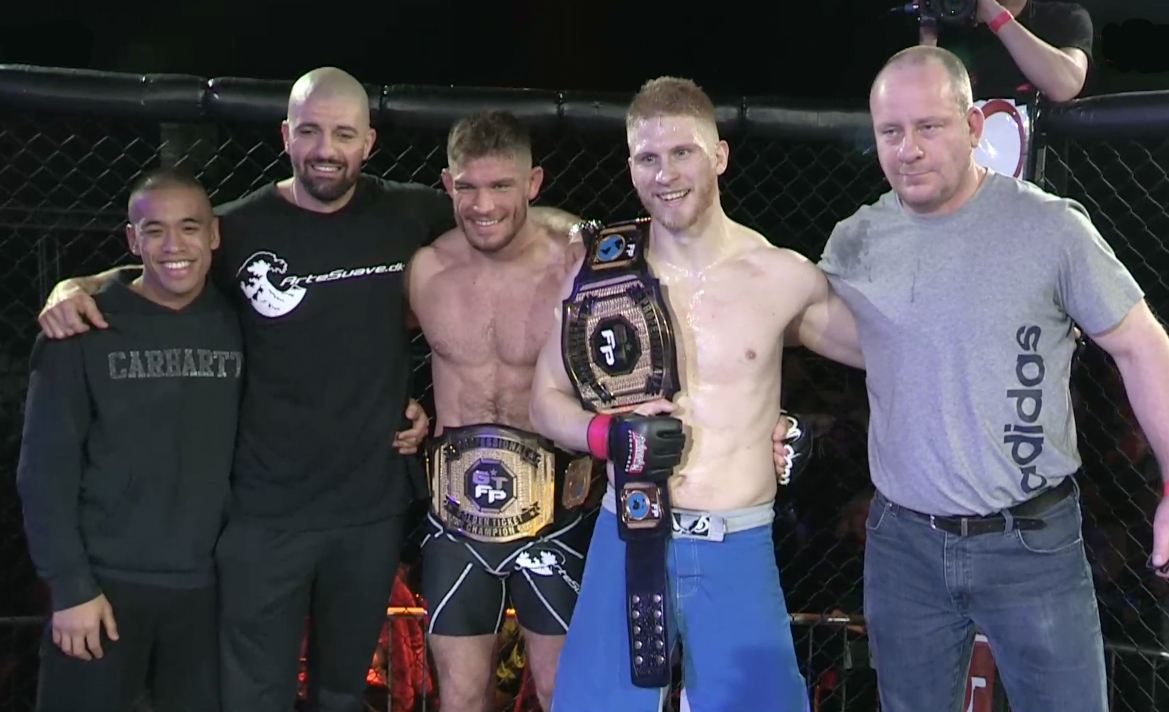 Glismann was up first and took on Joe Whelan that came into the bout with a 3 win and 1 loss record. The Arte Suave fighter landed a good punch early and then took the fight to the ground twice in the first round. The second take-down was set-up with a nice knee, and after finishing the double-leg takedown it was into mount. The grappler was slick to get back and sink in the rear-naked choke for the finish just after the four minute mark. 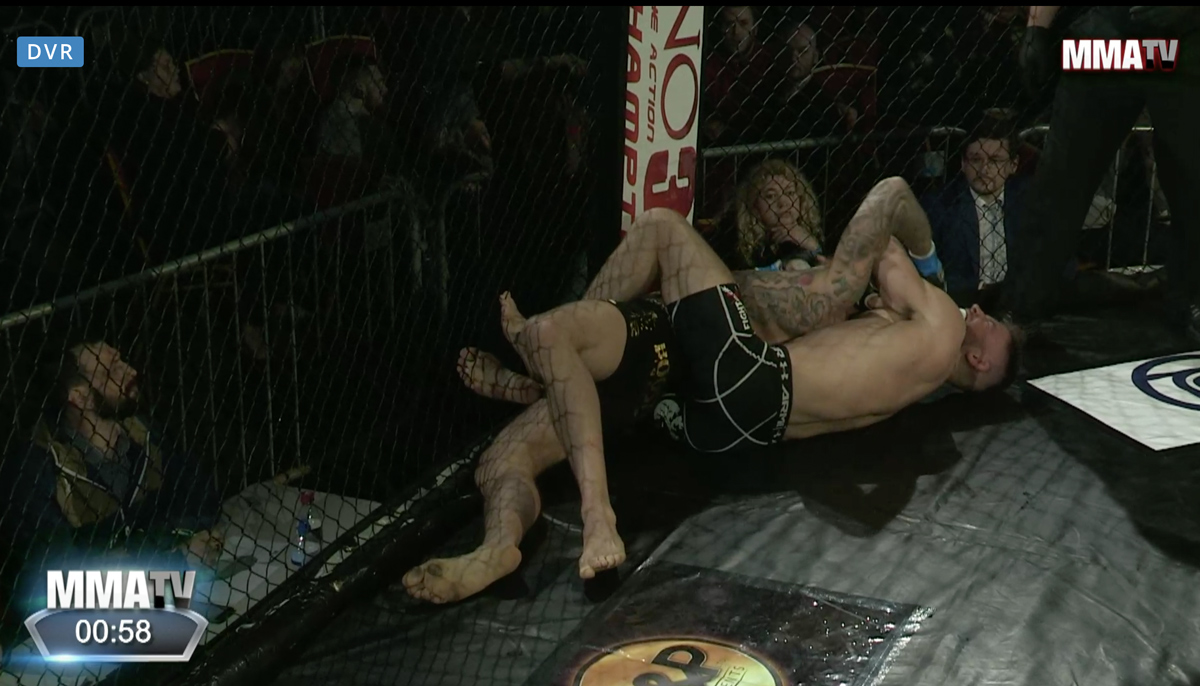 Glismann earned the welterweight strap and moved to a two win and one loss pro record, with now a two fight winning streak. All his fights have been with the Golden Ticket promotion. 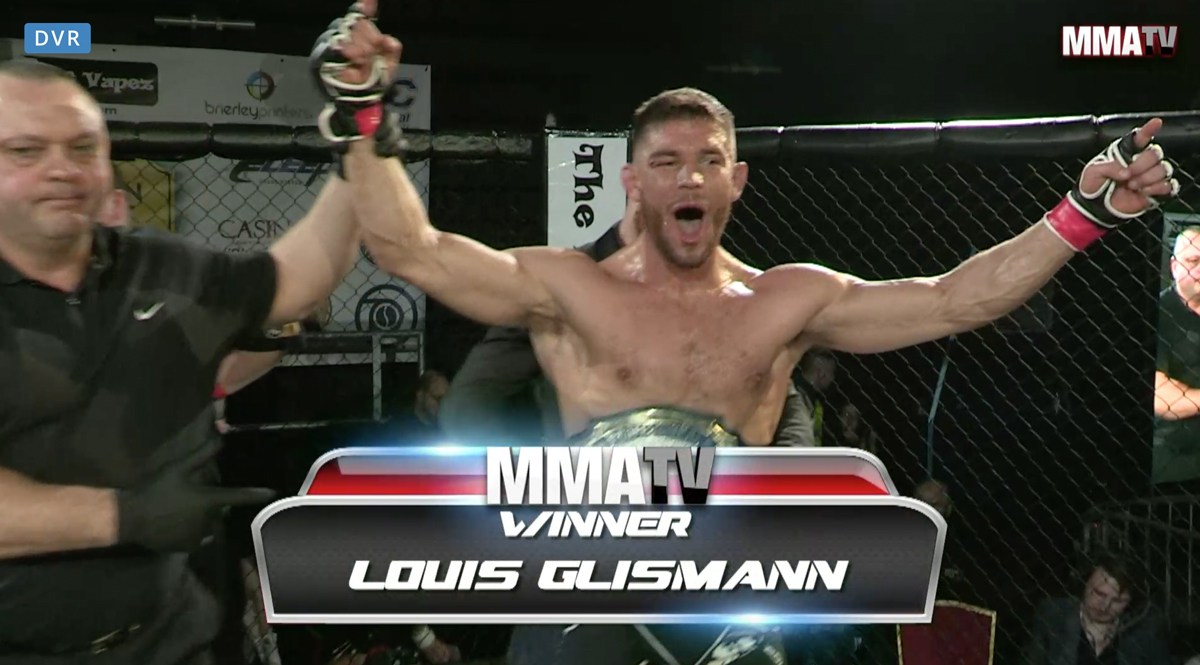 Kasper took on a tough late replacement opponent in Jenaid Ebanks who came into the bout with an undefeated two win and no loss record. 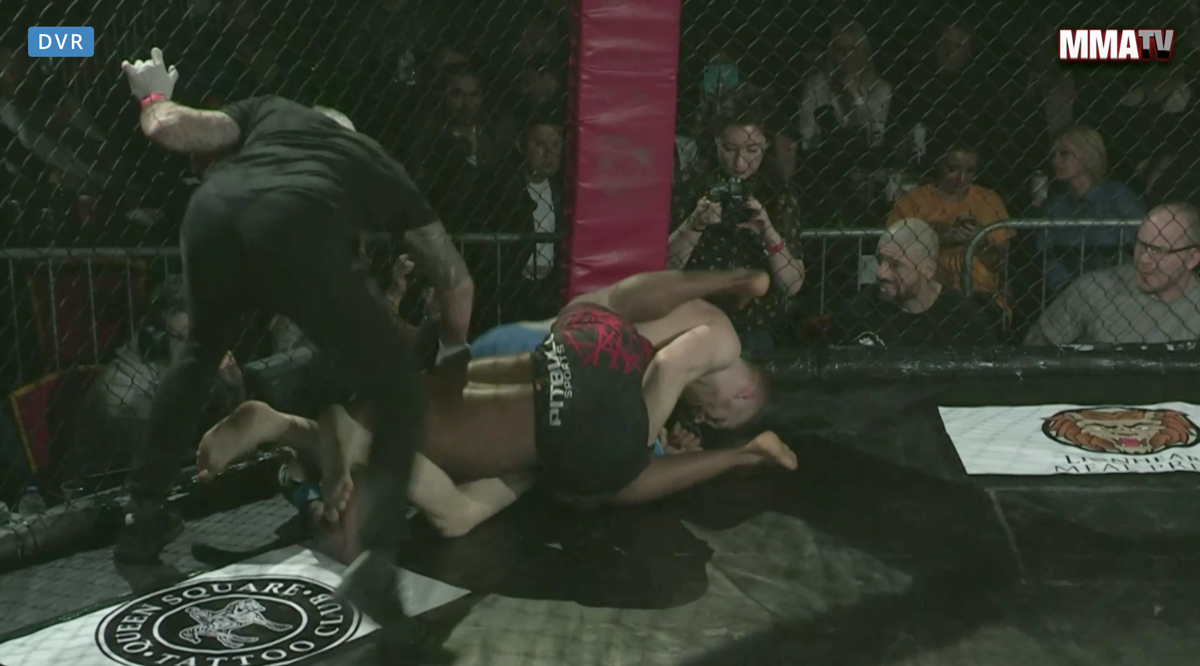 Kasper looked good early on the feet, landing a good strike against the mobile Ebanks. The Dane was taken to the ground, but stayed composed. When he got to his back, it was a slick armbar transition that stopped Ebanks that was forced to tap. 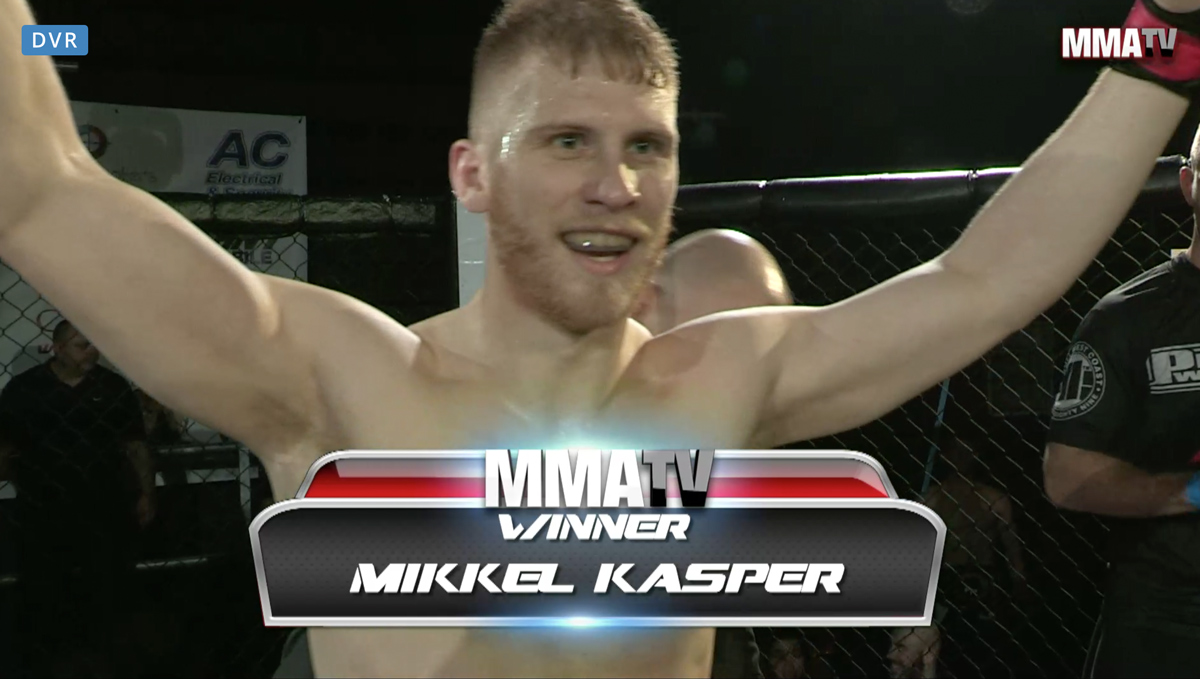 The Big Rock Academy gym owner will have a middleweight Golden Ticket Fight Promotion belt to hang on the wall as the former IMMAF champion continues his undefeated pro run to 3 wins and 0 losses.