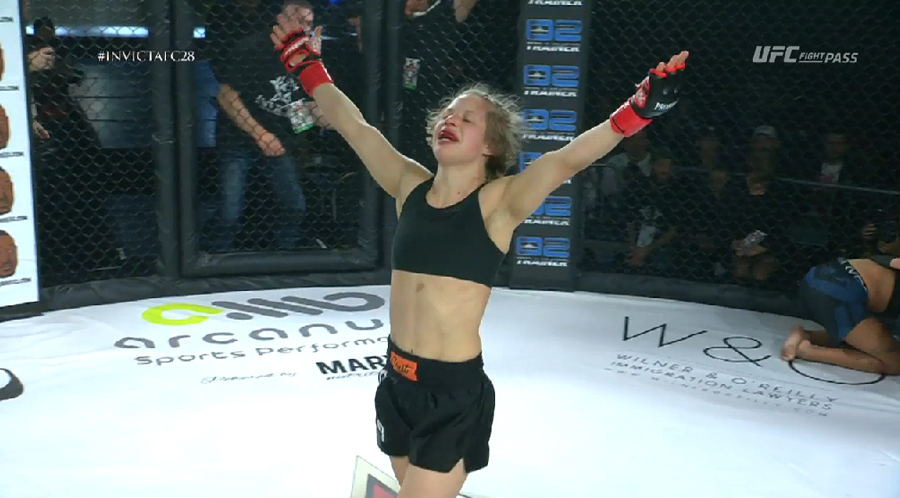 Minna Grusander (6-1) turned up the pace in the second round to stop Fernanda Priscila (2-2) on the Invicta FC 28 card at the Union Event Center in Salt Lake City. It was Brutsku’s Invicta debut and she made the most of the opportunity.

The Brazilian landed a good right hand early and brought Grusander to the ground briefly.  Priscila landed some big shots and was the faster fighter standing and got the fight to the ground again as Minna tried to lock up a guillotine.

The fight went to the feet again, and it was Pitibull’s time to try a guillotine, but she could not get it as the Finn fought out of the tight submission.  Grusander then took advantage with ground and pound of her own in the last minute to even up the action in the first five minutes with the strong finish. 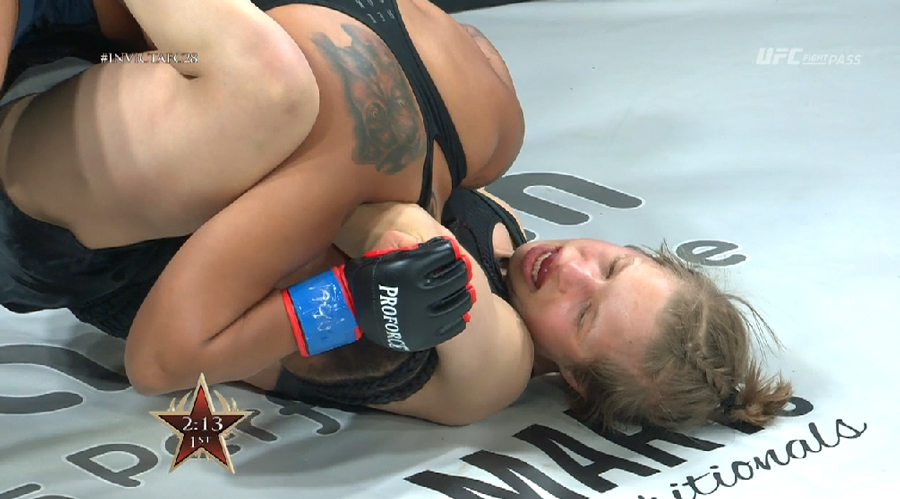 The fighter out of Turku was a much longer fighter and started to find her shots in the second with jabs and had Priscila startled mid-way through the round.

It was the beginning of the end when the Finn got on top and started to land punch after punch and elbows on the downed opponent forcing the referee to jump in. 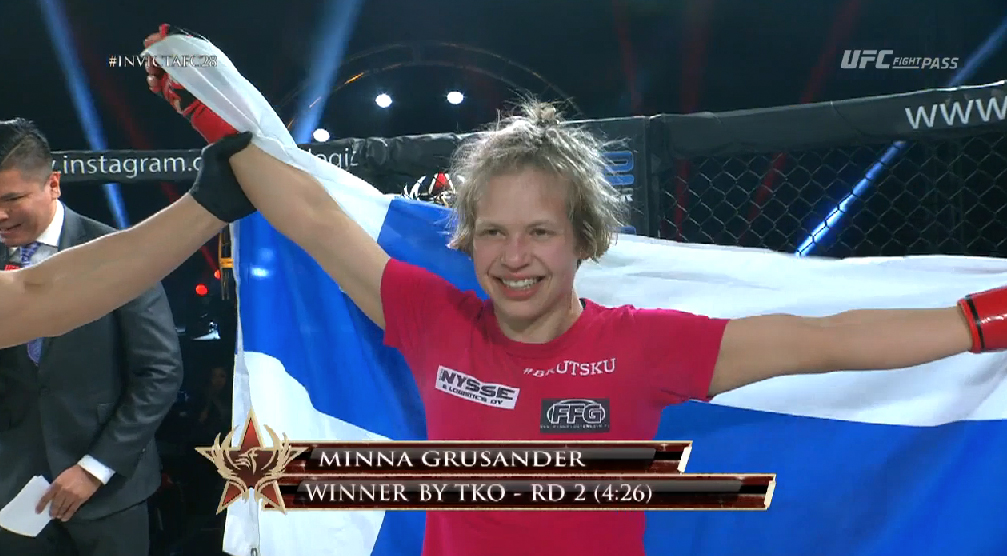 The FinnFighters Gym fighter made atomweight for the first time.  “It was a slow start” says Brutsku in her post fight interview.  The IMMAF 2015 World Championships at strawweight will be looking for an opportunity for a title shot in her next outing with the largest women’s promotion in the world.