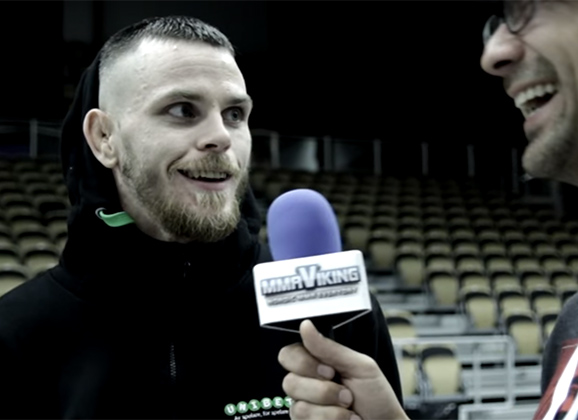 Niklas Bäckström dominated Georgi Stoyanov at Battle of Botnia 2015, submitting the Bulgarian fighter in the first round. “I can forgive a lot of things. But, that is the most absurd thing I’ve ever heard.” said the local fighter from Luleå about pre-fight comments from Stoyanov saying the Swede was just a striker. “I had to choke him out. I can’t let him get away with that.”

It was a night of celebration, as the Allstars Training Center fighter walked out to his hockey team’s song “Welcome to the Jungle”. But, the hype stepping into the cage wasn’t there for the weigh-ins the day before. “The only times I’ve done that is in the UFC” said Bäckström, where the promotion urges you to have a show. “I felt like being myself at weigh-ins.”

“I’m going to take a suana with my family.” says the featherweight about his celebration plans with his family. Check out the full video interview with the Swede and MMAViking.com here!