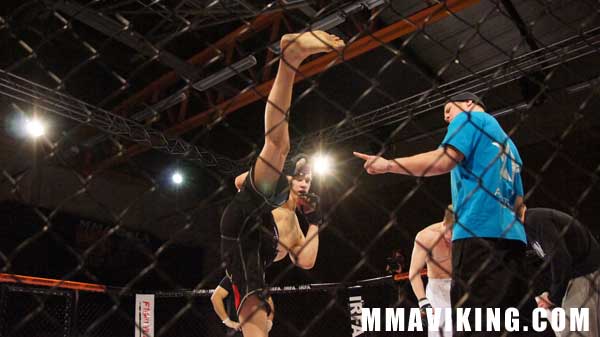 Sweden’s Oliver Enkamp had his hands full with Finn Kari Päivinen during his professional debut this Saturday night in Stockholm, Sweden. The IRFA 4 fight didn’t quite go as planned, as the Allstars Training Center fighter was put on his back immediately and forced to work off of his back in a battle that went to the third round. “I was confident” says Enkamp in this exclusive post-fight interview, since he has been competing since the age of 10. The undefeated amateur MMA fighter talks about the bout, the submission finish, and what he learned about his first bout in the pros.