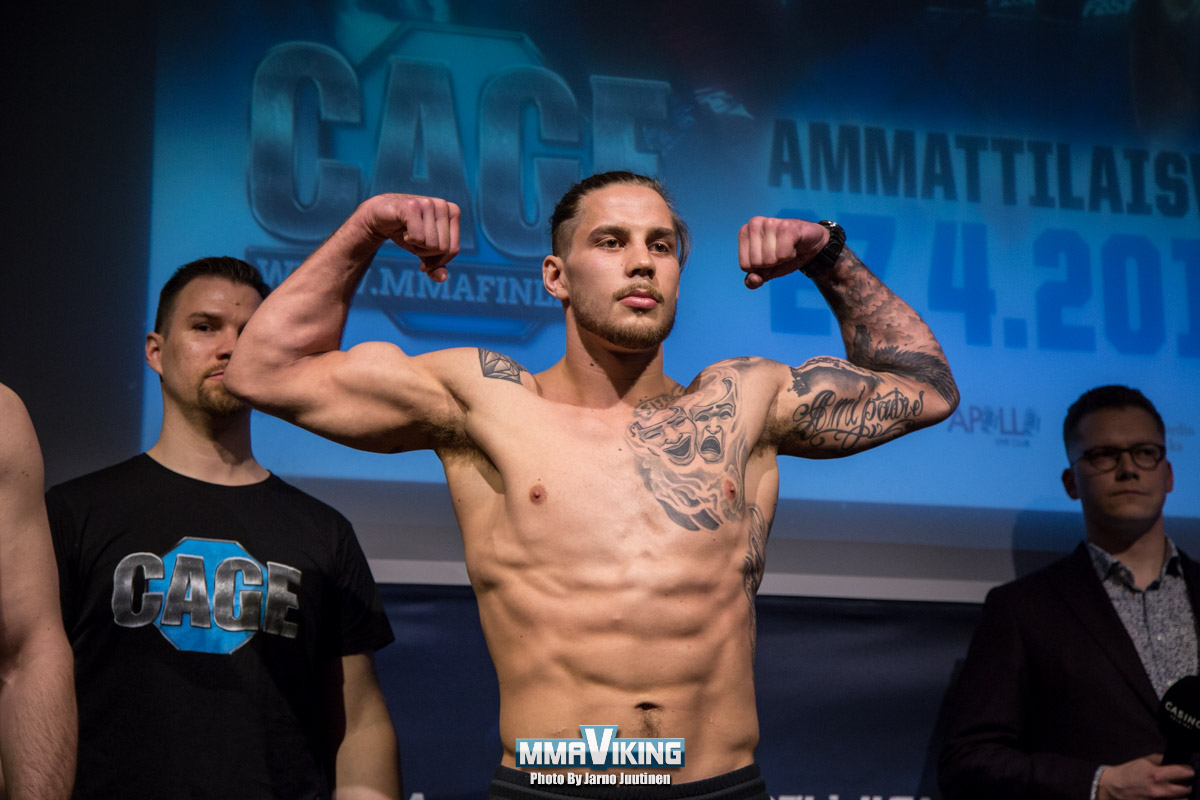 Olli Santalahti (10-3-0) has signed a bout agreement Cage Warriors and will make his debut at CWFC 107 in Liverpool on September 28. The promotion announced the welterweight bout today. “It’s my time to shine” says the Finn after seeing the announcement.

The “Amazing” Santalahti will face Englishman Adam Proctor who comes into the fight with an impressive 10 win and 1 loss record, including a 5 bout winning streak. “The Love Doctor” was most recently in the cage in a Cage Warriors bout in October, where he won by decision over Angelo Rubino. He fights out of SBG South Shields.

The Finn was last in action at Cage 47, where he headlined the card with a first round stoppage of Konstantin Linnik.

Since returning to MMA in 2015, the FinnFighters Gym fighter has himself also gone 10 wins and 1 loss.