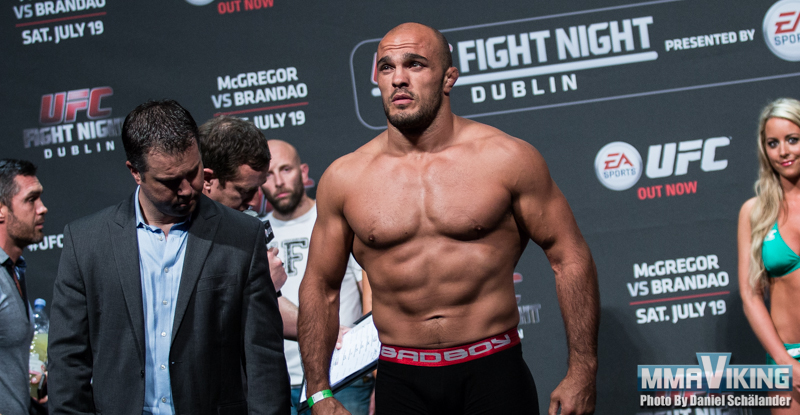 The #6 ranked light heavyweight Ovince St. Preux, who is perhaps best known for going all 5 rounds with the dangerous Jon Jones, scored a clean head kick knockout against a game Corey Anderson this weekend at UFC 217. St. Preux took the fight on less than a month notice, but he still managed to get the fans at the historic Madison Square Garden on their feet.

When Joe Rogan put the microphone in front of him, he announced that he wanted #9 ranked Ilir Latifi on December 30th in Las Vegas next. The well-rounded Swedish fighter has long been knocking on the door of a top 5 matchup, but has had trouble maintaining a long enough win streak to warrant one.

Make this happen and we’ll put on a show for all of you – FOTN! @danawhite @ufc pic.twitter.com/mzzui61aCo

However, a win over St. Preux, whose stock is now higher than ever, could potentially put Latifi a fight or two away from his first shot at the belt. Since joining the UFC, the Swede has gone 6-3. His last fight was a unanimous decision victory over Tyson Pedro at UFC 215.  It was the Sledgehammer that actually called out OSP first, and it seems that the American has not forgotten.

Recently, UFC matchmakers have been giving fighters the fights that they ask for, so expect to see Latifi under the lights on December 30th.