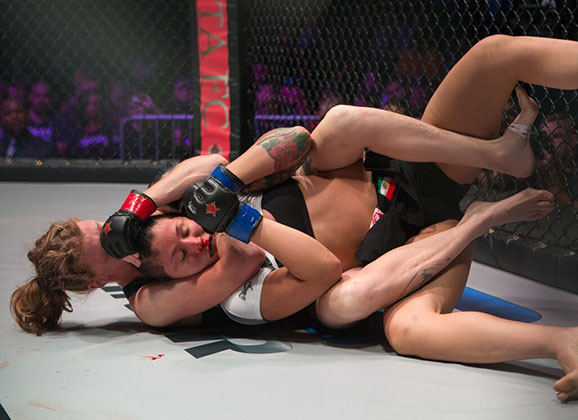 Invicta FC 14 did not go Pannie Kianzad‘s way.  First at the weigh-ins, she was unable to hit the 135 pound title requirement to compete for the Invicta FC strap, and second was a dominant loss at the hands of American veteran Tonya Evinger.  “I wasn’t there in the fight” said Sexy Scramble at the post-fight press conference, where she held her head high and didn’t offer any excuses. 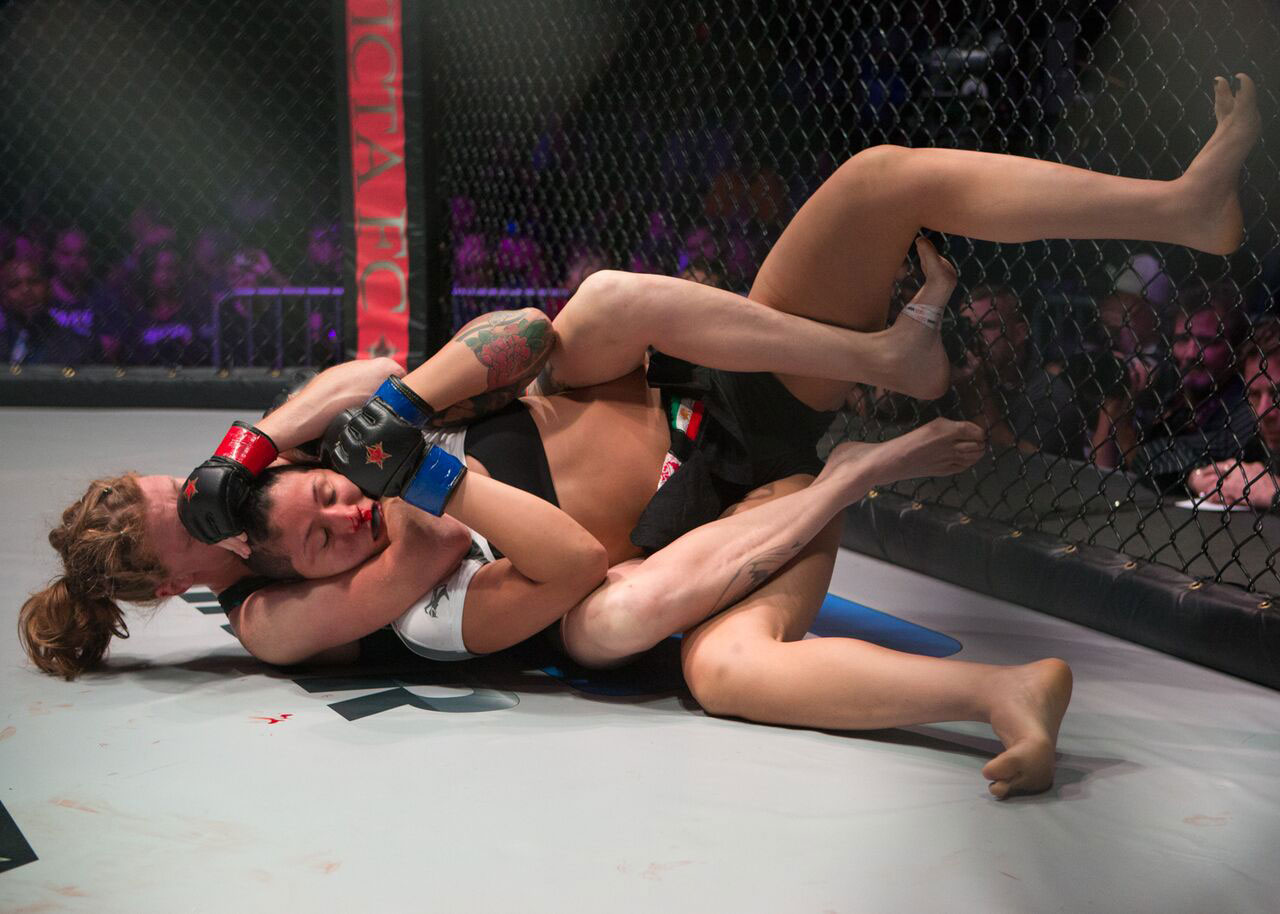 At only 23, Kianzad admitted that she is still “pretty young”, and looks forward to rebounding from the TKO in the second round that stopped her 8 fight winning streak and undefeated status.  ”

“She was a better fighter” says the Rumble Sports Fighter about the champion in a bout that wasn’t contested for the belt due to the weight issue.  “I don’t think the weight cut was a big factor.”

The former Cage Warriors title holder tried to do what 7 previous opponents of Triple Threat could not do, and that is stop the power and force of Evinger.  And a potential showdown with “Cyborg” at 140 lbs may be next for the American, as the Invicta president Shannon Knapp teased.

“I’m going to keep on working” says the Sweden resident that did step up into the fight after the planned main event fell apart.