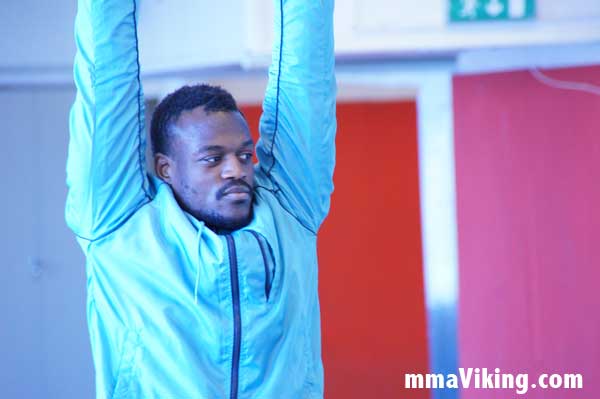 Swede Papy “Makambo” Abedi will look for his first victory in the Octagon against Rick “The Horror” Story. UFC officials announced today that “An has forced Rich Attonito out of his June 22nd bout against Rick Story, but “The Horror” will still see fight action in Atlantic City against Sweden’s Papy Abedi, who will step in for “The Raging Bull.”

Abedi’s most recent bout was a loss to American James Head, in a fight held in the Swede’s backyard of Stockholm on the UFC on Fuel 2 card. After going undefeated in his first 8 bouts, Abedi has lost his first two bouts by submission in the UFC. He looks to rebound for his first win over Story, who once had a six fight win streak in the UFC. The American brawler has lost his last two bouts, so a must win situation for both fighters