Papy “Makambo” Abedi stole the show at the UFC 138 weigh-ins. The Stockholm trained fighter made 170lbs for the first time, then aggressively hunted the experienced Thiago Alves with his eyes as “the pitbull” weighed-in at 172. The two eventually needed to be split up by UFC president Dana White.  Abedi, making his UFC debut, looked to be in fantastic condition and did not back down to the former title contender.  Alves eventually made the 171lbs weight requirement. See exclusive photos, which take you from the hallway to the exit at the UFC 138 weigh-in “Leben vs. Munoz” taking place tomorrow night at the LG Arena in Birmingham, England.. 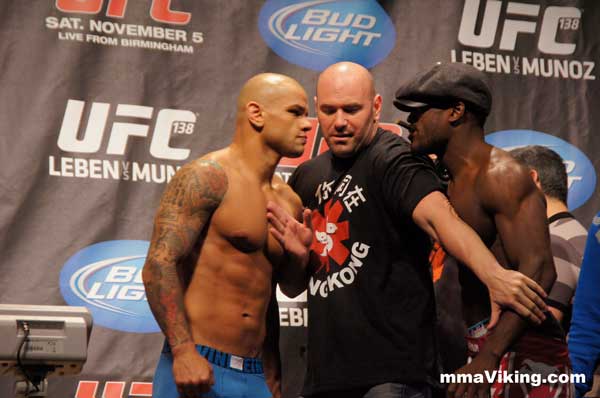 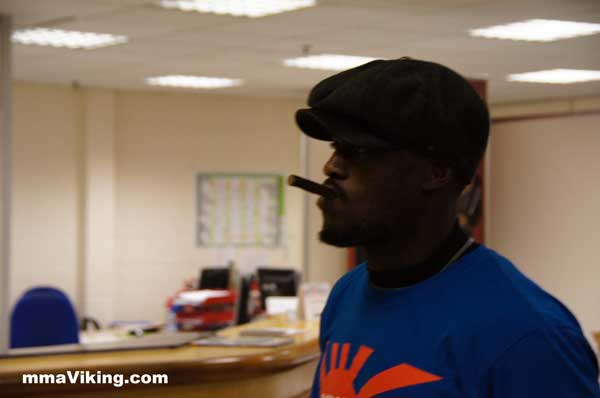 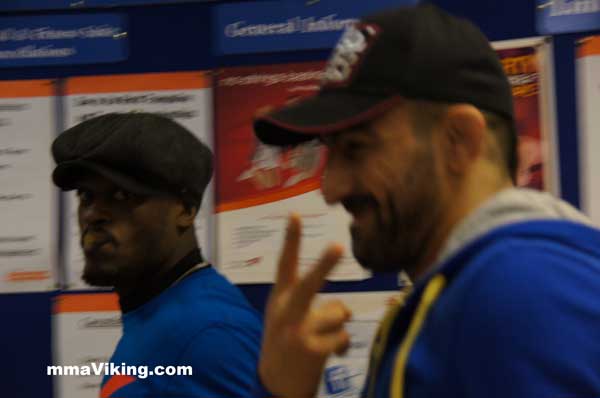 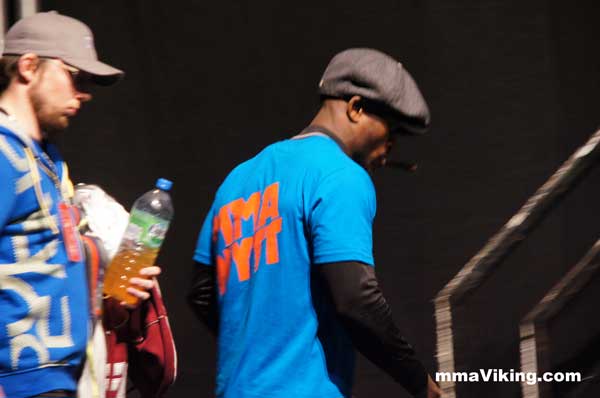 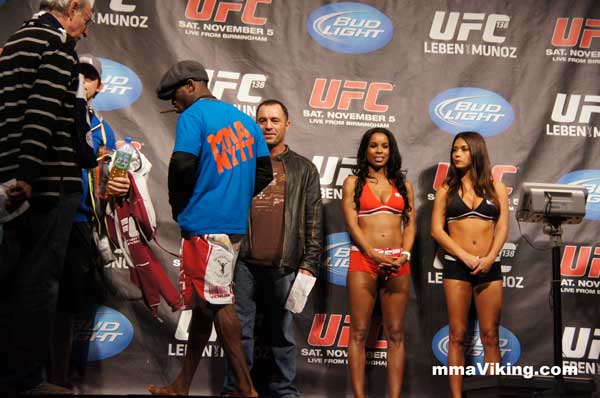 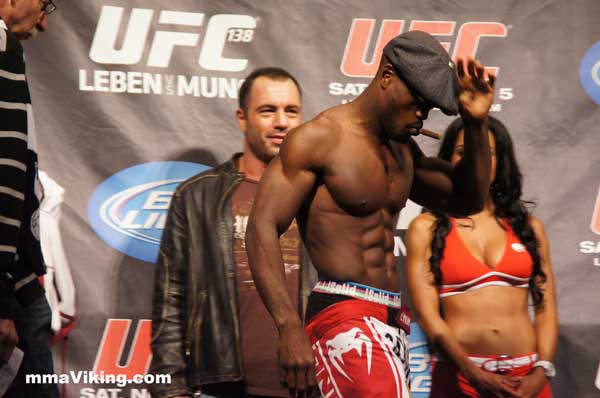 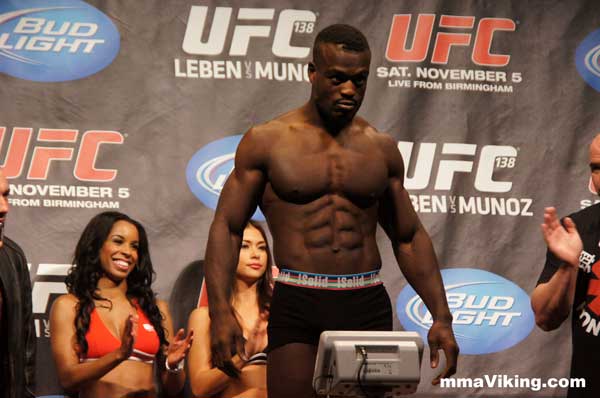 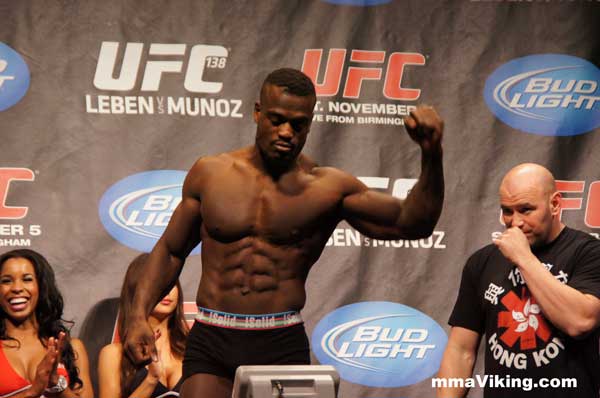 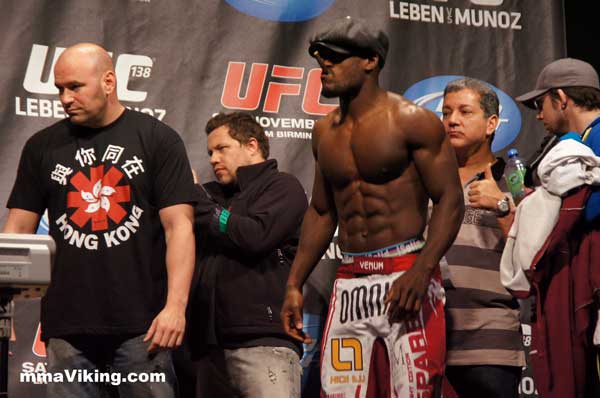 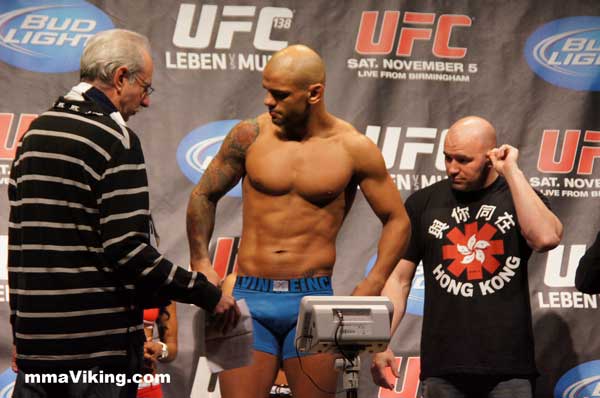 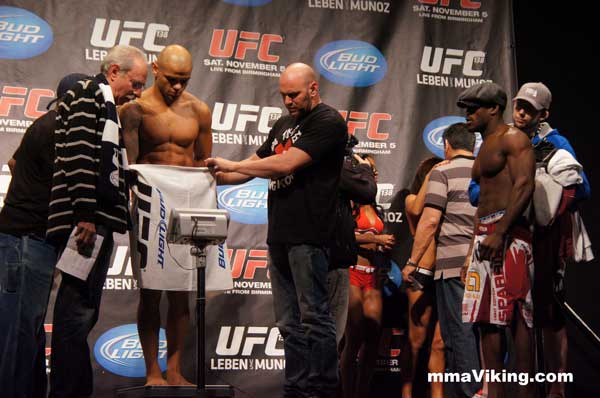 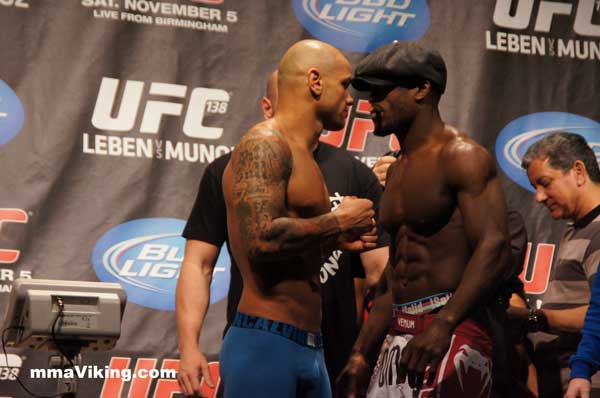 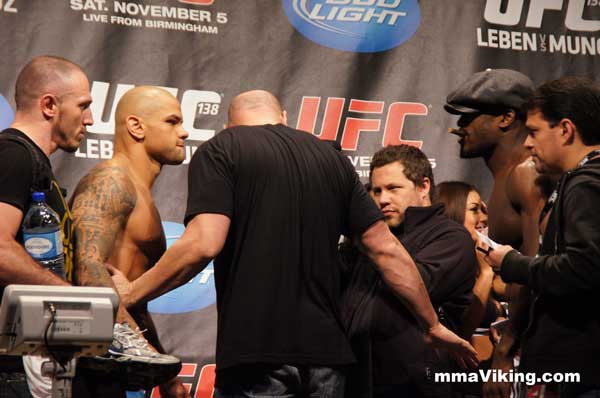 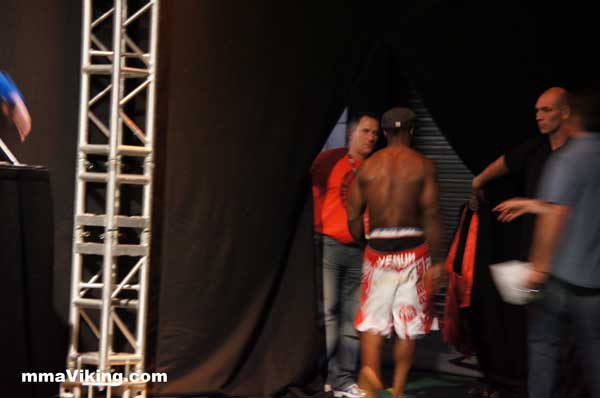 If you want to learn more about “Makambo”, visit his bio page full with recent fight videos and a documentary by MMANytt.